10 Panel Drug Screen: Questions You Might Be Afraid to Ask 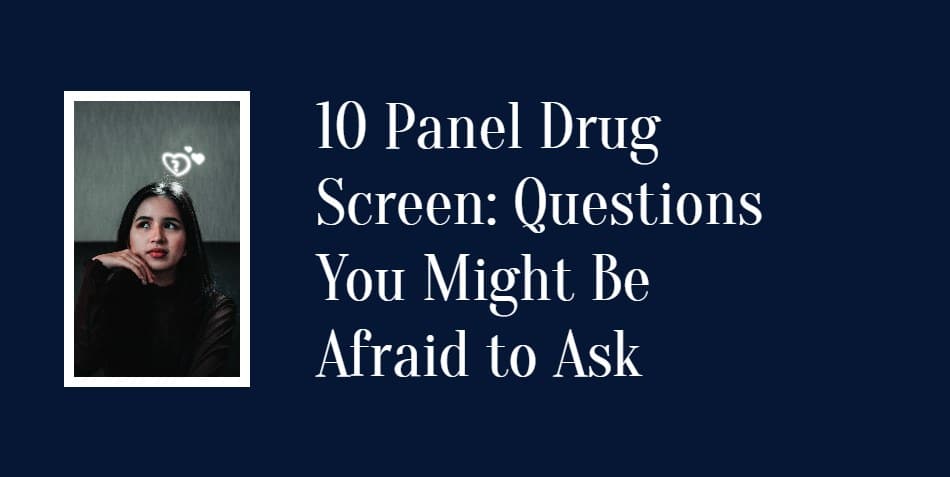 10 Panel Drug Screen: Questions You Might Be Afraid to Ask

A 10 panel drug screen tests for various drugs in a person’s body. It includes testing for different classes of illegal drugs and prescription medications that are commonly misused in the United States.

Urine testing for detecting drugs is common in a 10-panel drug test, although evaluators can also use blood and bodily fluids .

What does a 10 panel drug test test for?

The drugs tested on a 10-panel drug test:

What affects the window of detection?

Drug detection times vary depending on the following factors:

The approximate detection times for drugs screened in a 10-panel drug test are as follows:

A 10-panel drug test may help screen for drug use, but it has limitations. For example, it can’t determine whether a person is on a drug at the time of testing. It tests for the presence of drugs or other compounds as a byproduct of drug metabolism. These by-products and compounds must be present at a specific concentration to be detected.

Who uses this drug screen and why?

Professionals who are responsible for personal and public safety may be required to take random drug testing. This may include:

Some employers require mandatory drug testing. Your employment may depend on a passing result. However, this may be contingent on the laws in your state.

What to expect during the screen

A technician can conduct drug testing at your workplace, a medical clinic, or accredited lab test facilities, typically during business days. The medical personnel or technician performing the drug test will provide instructions throughout the process.

The ideal site for a urine test is a single-stall bathroom. The technician will give you a drug testing cup. After filling it with your urine sample, cover the container tightly and return it to the technician.

This test detects 10 substances (including prescription drugs) within their own window of detection. These detection times vary with each drug and personal factors, such as individual metabolism.

Labs may repeat positive results for confirmation to avoid false positives. An inconclusive result for substance abuse may require the person to repeat the test.