Buprenorphine is the main ingredient found in Bunavail, Subutex, Suboxone, and Zubsolv. It is a semi-synthetic opioid and partial agonist used for opiate addiction.

Buprenorphine belongs to a class of drugs called mixed opioid agonist-antagonists. Withdrawal symptoms are prevented with the help of Buprenorphine of other opioids.

Buprenorphine is the most commonly prescribed medication.

Naloxone is the active ingredient in Narcan.   Narcan is more popularly known for ‘saving lives,’ being a medication to treat overdoses.  The presence of Naloxone in Suboxone discourages users from injecting it up because the Naloxone will cause them to experience instant withdrawal symptoms. This combination successfully prevents the improper use of Buprenorphine.

Subutex is pure Buprenorphine. When injected, and users can expect no harsh consequences. Therefore, Subutex has a high possibility of abuse and isn’t often prescribed to patients.

In drug testing, the cut-off level separates a negative and a positive test result. The cut-off levels are set at that point, where drug detection happens with the smallest probability for false positives. It is imperative to note that a negative sample does not automatically mean that it does not contain any drug – it only indicates that it may contain a drug at such a low concentration below the established cut-off.

Oral: The drug is swallowed and is allowed to undergo the metabolic process. Orally-administered Buprenorphine comes in tablet form.

Sublingual: The drug is diffused into the bloodstream through the tissues under the tongue. Buprenorphine comes in tablet or film forms.

Buccal:  Buprenorphine comes in the form of a film and is administered topically on the inside of the cheek to diffuse through the tissues in the mouth where it directly enters the bloodstream. Buccal administration takes effect faster than oral administration because it does not pass through the digestive system and does not undergo metabolism.

Transdermal: The buprenorphine transdermal patch is applied to the upper chest, upper outer arm, upper back, or the side of the chest (either side).

Buprenorphine comes in an injectable (liquid) form, either single 1ml vials/ampules of multi-dose 50-ml bottles. They can be administered either intramuscularly (I.M.) or intravenously (IV). 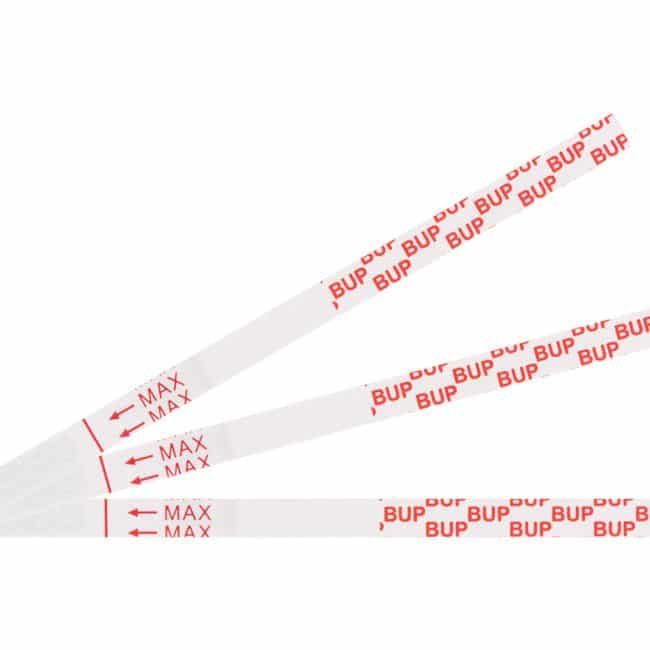 Fast, easy and convenient to use.

Short-term side effects of buprenorphine use are rare and low-dose related. They are also considered milder than those caused by other opioids.

Long-Term Side Effects of Buprenorphine

Buprenorphine has not been around for very long, so there are no extensive studies yet its long-term effects. However, experts believe these effects may be similar to those of other more well-researched opioids. Once usage stops, some long-term effects may persist, as follows:

Buprenorphine can be highly addictive, especially when misused. When patients begin taking them over the proper dose, they begin to develop tolerance, progressively needing more and more of the drug to achieve the same desired effect. As a result, withdrawal symptoms begin to be felt more quickly, making the user feel very ill. Addiction signs and symptoms include: