Cocaine Drug Test at home and office, Cocaine is a very addictive drug. I can be either inhaled through the nose, shot into a person’s veins, or smoked. It is not uncommon for someone to take heroin and cocaine in one shot together. This is known as a speed ball and it is extremely dangerous. Heroin is a downer and cocaine is an upper. When taken together it produces a wave effect where a person is up then down. This is a bad combination because your heart will be rushing one moment and depressed the next.

The effect of cocaine

Cocaine is known as an upper. This is because it normally makes people get “lifted”, or gives them a super awake feeling. It makes people feel manic and sometimes can make them want to do crazy things. The problems with cocaine is that is does a number of different things to different people. It also reacts in a person’s system differently depending on each different way it is taken. When crack is smoked it can make people extremely paranoid.  It is snorted it gives you the upper feeling. But does not make you want to look out all of the windows and doors as if someone is after you. When it is shot into your veins, cocaine will give you a rush just like you took an adrenaline shot. 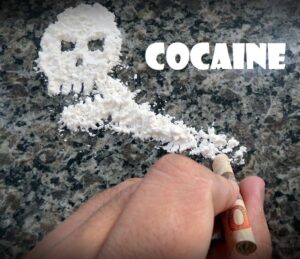 Why is cocaine bad for your business?

If you are a workplace owner or manager, you need to be very aware that cocaine users can be extremely bad for your business. This is because they are normally jumpy and rather paranoid. They can have a number of issues and normally cocaine addicts are very easy to distinguish from regular people. Jumpy and paranoid thieves are not the type of people that you want to have working for you. They can be very dangerous and unpredictable.

What if you’re a doctor’s office?

Doctor’s need to drug test their patients on an occasion, most of the time it is to put them on medications. Cocaine is a drug that can adversely affect some medications due to the effect that it has on your body. Cocaine raises your heart rate; certain medication will also raise your heart rate. The combination of two can be dangerous and can kill a person. Sometimes a doctor just needs to know certain things about their patients they are not willing to reveal. Cocaine is definitely one of those drugs that they need to be aware of if they are to help.

Cocaine Drug Test can be a very serious issue. The problem is that cocaine is only detectable in a person’s system for a short period of time. Three days to be exact. Their bulk order tests are CLIA waived and as accurate as you can get for testing cups at these wholesale prices. ovusmedical.com has drug screening cups for as low as $1.99 per cup. They are FDA approved and are instant read, point-of-care cups. Results show up within two minutes and are 99% reliable. These, tests, like other test do have their limits when it comes to cocaine, but if it has been three days or less, these cups will read for it. 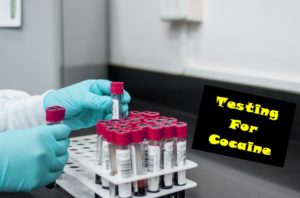 Why come to Ovus Medical?

Along with providing clients with the best prices on drug test cups, Ovus Medical is also a family owned and operated business that values integrity and compassionate service. They are attentive to the needs of their customers and will work to make sure that your purchase is made smoothly, at the lowest possible cost to you.

They also ship same-day on all transactions made before 5pm EST to make sure you receive your order as quickly as possible. Their company takes pride in providing the best Drug Testing Cup on the market, and they make sure their customers feel appreciated and respected. ovusmedical.com bulk testing supplies The bulks Drug Test Cups are 12 Panel and test for Amphetamines, Barbiturates, Buprenorphine, Benzodiazepine, Cocaine, Marijuana, PCP, Methadone, MDMA/Ecstasy, Oxycodone, Methamphetamine, and Morphine/OPI.

The results are usually visible within a minute; however, it is advised that users interpret them at five minutes and no longer than 10mins. With our wholesale Drug Test cup, results are on the spot and there is no waiting for lab results.