Defying the Odds: An Inspiring Story of Drug and Alcohol Addiction Recovery 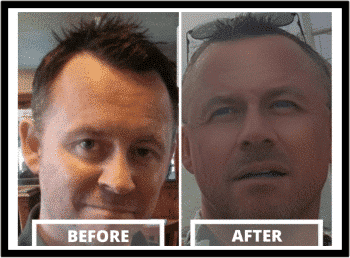 To some teenagers, taking drugs or drinking alcohol is just a normal part of their young life. Everybody’s doing it, right? Nightlife doesn’t seem to be as exciting when you’re not “high”. Unfortunately, trying alcohol or drugs just for the sake of experiencing that famous high or fitting in with the rest of the crowd can be a slippery slope – especially for the children of alcoholics.

The National Association for Children of Alcoholics writes that those who grow up under drunk parents are four times more likely to develop alcoholism in their own adult lives than kids who grew up in better conditions.

And true enough, Paul did become an alcoholic himself. In his youth, he was surrounded with alcoholics, as his mom was also one.The constant exposure to alcohol use may be the primary reason why he started using the substance at the age of 12.

And because being “high” with these substances made him feel great, confident, untouchable and happy, they became a part of his life for 32 years.

As with most stories of drug and alcohol addiction recovery, Paul reached a point where he had to make a 360 degree turn – or else! Today, he’s been sober for over six years!

What’s his turning point and how was he able to change his life for the better? Read on and find out.

Below is the actual interview.

Ovus Medical: How old were you when you first started using drugs/alcohol?

Ovus Medical      How were you introduced to drugs/alcohol?

Paul Harris: I was surrounded by alcohol as a youngster, mother being an alcoholic also

Ovus Medical: Do you remember the day you started taking them? Your first high?

Paul Harris: Not really the first day, but I remember plenty of times being very young, being very drunk

Ovus Medical: What was the first drug\alcohol you used?

Paul Harris: Alcohol, mainly lager/cider……..then when I went into drugs was mainly Ecstasy/Speed…moving into coke/smack….never injected though

Ovus Medical: Which drug/alcohol did you eventually end up addicted to?

Paul Harris: Alcohol, I could always control the drugs, but it was alcohol that got its claws into me

Ovus Medical: How long were you on drugs/alcohol?

Ovus Medical: What was it that made you want to keep taking the drugs/alcohol?

Paul Harris: I’ve always been a sociable person, and it was just the normal to be drinking, it was like you couldn’t have fun without drink or drugs or it wasn’t normal not to be taking either of these, and the buzz you got felt amazing at the time…..but how wrong it all was

Ovus Medical: Who knew about your problem when you were on drugs/alcohol?

Paul Harris: Nobody, until the latter part of my addiction, however plenty had their suspicions

Ovus Medical: When did your family find out? Did they confront you?

Paul Harris: When I was about 38 yr old, many times…..my wife mainly

Ovus Medical: How did drugs/alcohol make you feel?

Paul Harris: Great, confident, untouchable, happy……or so I thought. Alcohol also made me angry and paranoid at times…i wasn’t the best drunk…not the happiest at times…blackouts etc

Ovus Medical: When and how did you decide that you wanted to quit?

Paul Harris: When I was about 39 years old, I lost my job through my addiction, my doctor warned me I would die soon, I nearly lost my wife, I manage to pluck up the courage to admit to my doctor I had a problem

Ovus Medical:Did you go to a rehab? Which rehab/ recovery center was it?

Paul Harris: I went to an organisation called Turning Point.

Ovus Medical: How did the center help your recovery?

Paul Harris: A lot, I was on medication to withdraw from alcohol, then meds to keep the cravings at bay, I was being breathalysed on occasions and plenty of blood tests to make sure I wasn’t drinking in any way. I also did one to one therapy sessions, CBT etc

Ovus Medical: Would you recommend rehab to drug/alcohol users?

Ovus Medical: How difficult was it to quit?

Paul Harris: Its a very difficult time, but I think it would be more difficult if I didn’t want to do it, you have to want it, when you get through the first 3 months….to me something clicked…and I managed not to relapse and it just got better from then on

Ovus Medical: Any side effects?

Paul Harris: Depression, Anxiety in the early stages plus many other mental effects, but all this can be managed as it does get better as time goes on

Paul Harris: You are your own person, you must do what suits you, anything is achievable if you want it, life is what you make it… I am living proof.

Yes, recovery is possible. It might be a long and arduous journey, but it is definitely possible. The first step is to acknowledge that you have a problem. Then seek the help of a recovery center. Of course, you’ll also need the help of your loved ones. but they won’t be able to help you if you do not reach out and let them know.

If you want to know more about Paul, you can reach out to him via his Instagram account (paul_sober_harris) or email him at paulharris47@outlook.com,