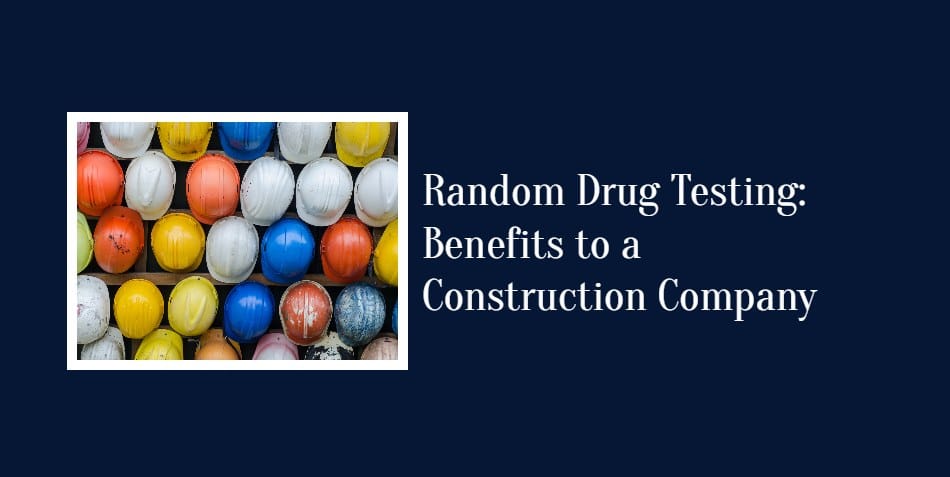 To be sure that staff working on a construction site are drug-free is a sensible and cost-effective practice. It is also the standard procedure for many building firms. The issue of stopping drug use among construction workers is so important in the industry. Most commonly used are the 12 Panel Urine Drug Test. Since they screen for 12 different drugs, these drug testing kits are widely used.

Why is drug testing necessary?

Drug testing is not conducted with the intent of identifying law-breakers and bringing them to justice. These tests are done to weed out potential drug abusers in a construction firm. The tests allow employers to keep from sending them to actual job sites where they could suffer physical harm. Or perhaps even cause harm to others. It could also jeopardize the quality of work.

Most state laws allow companies to apply mandatory screening on their workers without any obstacles regarding privacy issues or violation of any rights. These accurate drug tests are, after all, beneficial to drug abusers who would otherwise be exposed to unnecessary risk if they went on the job site while under the influence of illegal drugs.

Making sure that there are no workers on site who are using illegal drugs is also good company practice. It can protect the firm from any legal issues in the unlikely event of an industrial accident. Sadly, the construction sector has been flagged by public health authorities as a relatively high-risk group for substance abuse, with over 15 percent of workers found to be using drugs. This is twice the national average.  Other statistics show that up to 35 percent of workplace injuries and deaths involve drug abuse. At a job site, such incidents range from falls, cuts and burns, exposure to chemicals, electrocution, impact with objects, and even being crushed between objects.

12 Panel Drug Test: Is it worth the cost?

Apart from considering employee welfare, running a 12 Panel Drug Test to monitor most of the possibly abused drugs is good economics. It pays for any company which is involved in technical or potentially dangerous work. Reducing the odds of drug-related accidents means less interruption of work, fewer lawsuits, and less damage or flawed work. Redoing work often needs to done at great expense. Drug-free workers are also more efficient on the job site. They are less likely to be absent or late coming to work. They are also less prone to suffer health problems. This also means that a crime that is sometimes linked with drug abuse is likely to much lower.

Removing drug abuse from the mix has been found to reduce the number of compensation claims filed by employees. This implies fewer lawsuits and risks the company would otherwise have to worry about.

How is it done?

Policemen use breathalyzer tests to determine if drivers are under the influence of alcohol. However, drug testing decides if the person is a user, even if he or she is not under the influence of the drug at that time. Residual amounts of abused drugs are still detectable to some extent in the user’s saliva, hair, and urine.

The most practical method of drug screening for construction workers is the urine drug test. Urine samples retain large amounts of drugs for a couple of days. They can easily tested right away on-site and without requiring hi-tech costly laboratory equipment.

Testing a construction worker is simple when employing state-of-the-art technology. A reliable tamper-proof single-cup drug test 12 panel can reliably indicate the presence of 12 drugs in the sample. Tests are easily conducted by asking the employee to urinate into the test cup. The cup then sealed and the wait time is five minutes before reading the results.

When getting the results, the test cup examined individually to see if the specific drug being tested is present in the urine sample. The process is simple, error-free, and very accurate. The test cups should be CLIA-waived. CLIA-waived cups enjoy a guarantee from regulatory agencies.