How to Read a Drug Test: An Ultimate Guide 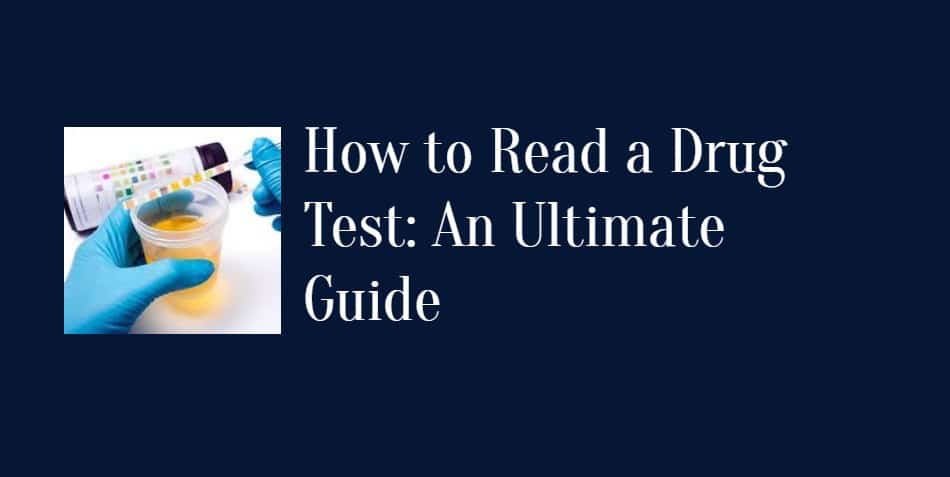 How to Read a Drug Test: An Ultimate Guide

Have you ever looked at the results of a drug test and wondered what exactly they meant?

Drug tests have a variety of uses, including pre-employment screening, compliance assessment, and substance abuse prevention at home. However, they can be more than a little confusing to read and interpret.

Read this quick guide to discover how to read a drug test and interpret the results.

How to Read a Drug Test

All drug tests will have two regions on them.

Invalid tests typically occur because the drug test’s procedure was incorrectly done, there was not enough fluid to test, or the test was simply faulty. In the case that a colored line does not appear in the Control Region and the test is invalid, it is necessary to redo the test.

A line will appear in the Test Region in the case of a negative result, meaning that the test did not detect any drugs. It does not matter if the line is faint or dark. As long as it appears, the drug that is being tested for is not present.

If a line does not appear in the Test Region, this indicates a positive result. A positive result means that the drug being tested for is present in the person undergoing the test.

In essence, you must have two lines appear on the drug test to be able to say that the person undergoing the test has received a negative result.

How to Read a Drug Test Cup

A drug test cup, otherwise known as a urine drug test, is one of the most common methods to test for drugs. Drug test cups are used for a variety of purposes, including:

Just like other drug tests, cups will have a Control Region and Test Region, and it is necessary for colored lines to appear in both regions to test negative for drugs.

How to Read a Urine Drug Test Results

The main difference between reading the results of drug test cups from other drug tests is the addition of the temperature strip.

Strips typically use color-based indicators to determine the temperature of the urine. Most urine drug tests can be read using the following instructions:

However, not all drug test cups follow these same instructions. To ensure you are reading the drug test results correctly, be sure to check any instructions that come with the kit.

The temperature strip on urine drug tests should fall between 90 to 100°F. While human urine tends to range from 94 to 96°F, the urine sample’s temperature may change based on the ambient environment.

However, urine samples may also fall out of that temperature range if: 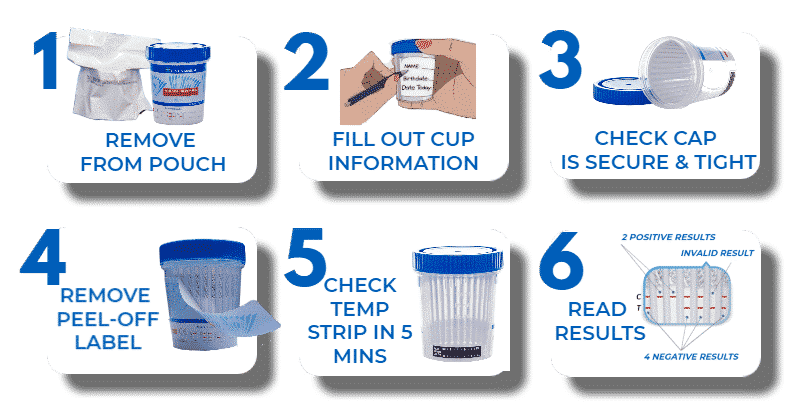 Now that you know how to read a drug test, there are some important factors to consider when interpreting the results.

Just because a drug test gives a negative result, that does not necessarily mean the person undergoing the drug test is completely free of drugs.

Drug tests have a designated cutoff level, meaning people will only test positive if the amount of drugs in their system is higher than a certain amount. Cutoff levels exist to help prevent false positives from occurring.

Depending on who is conducting the drug test and what drug is being tested, the cutoff levels may vary. Drug tests conducted in places of employment tend to have a standard set of cutoff levels, while law enforcement and rehab centers may use lower cutoff levels.

When this occurs, you may want to use additional confirmatory drug testing to ensure that a false positive has not occurred. False positives often occur due to “imposter” substances, typically rooting from a prescription drug or food.

Some common medications that can cause false positives are:

Because of this, those administering the drug test should ask about any prescription drugs or over-the-counter medications that the person undergoing the test may have taken.

Administers of drug tests should also ask the person undergoing the test if they have ingested:

Now that you know how to read drug tests, you will be better able to understand the results of any drug test.

Be sure to read any instructions that come with the drug test kit in order to ensure you are administering the test correctly. You may also want to double-check positive results, just in case one of them is a false positive.

If you are looking for accurate, high-quality drug tests, be sure to take a look at our urine drug test cups.