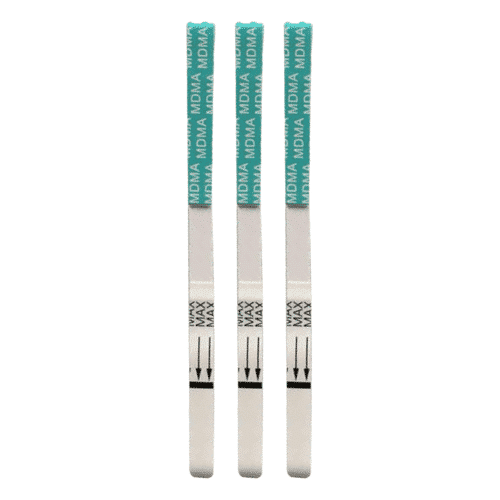 MDMA test strips are easy and convenient to use. Our MDMA test strips enable users to perform MDMA - Molly testing quickly and easily. MDMA is a synthetic drug that’s more popularly known as Ecstasy or Molly. The world’s most popular entactogen is a type of psychoactive drug that affects a user’s emotions. It provides a sense of positive personal and interpersonal changes. That’s why it’s one of the most famous club drugs.

Ovus Medical’s MDMA Test Strip uses the lateral flow test for detecting the presence of MDMA at the cut-off of 500 ng/ml. This molly drug test, however, provides only a preliminary analytical test result. For confirmation of results, Gas Chromatography/Mass spectrometry (GC/MS) is preferred.

Can MDMA show up on a drug test?

It depend what test they use. This particular urine strip does test for MDMA, also known as Molly or Ecstasy. The Drug Enforcement Administration (DEA) classifies MDMA as a Schedule I drug. This means it has a high potential for abuse but currently has no known medical use.