What Does Naltrexone Do: History, Benefits, and Recommended Dosage 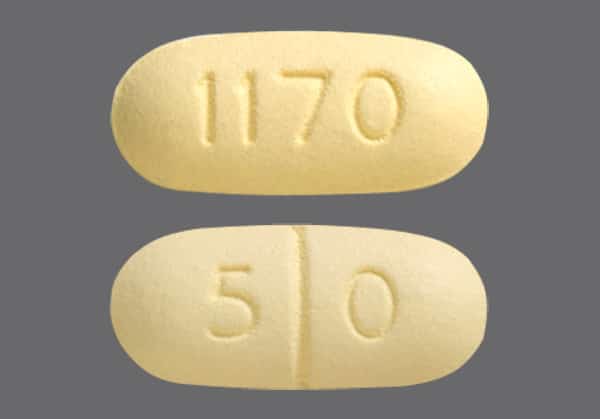 Substance abuse is an insidious health and social problem that is often addressed through a variety of approaches. In many cases, taking the law-enforcement approach of simply withholding the illegal drug from the abuser can have serious medical consequences.

Helping addicts “kick the habit” through psychiatric counseling has met with limited success because the physiological urge to use the drug is still present. Thus, the straightforward chemical approach of developing a “magic pill” to diminish the craving for the abused drug remains the best way of dealing with substance addiction. This is what brought about the development of the drug Naltrexone by a relatively small pharmaceutical research company called Endo Laboratories.

Naltrexone is a pharmaceutical preparation approved by the US Food and Drug Administration to treat for alcohol and opioid disorders. The drug was developed in 1963 and patented by Endo in 1967. When DuPont purchased the company, all its breakthrough products including naltrexone became the property of the new owner.

However, it took the government’s initiative for this product’s use to become widespread. The reason behind this is that the drug proved to have more value and applications in state-run programs than in families and private institutions.

The state’s interest in finding a means of controlling heroin addiction is mainly the reason behind its strong support for clinical trials involving the drug. The National Institute on Drug Abuse has likewise bolstered the drug’s  further development.

What does Naltrexone Do?

Classified as an opioid antagonist, naltrexone suppresses the drug user’s desire to take opioids. The medication does this by blocking the sedative and euphoric effects of opium-based drugs such as morphine, codeine, and heroin.

Unlike earlier addiction-combating medications, naltrexone does not reduce the cravings for these opioid drugs by acting on the body’s opioid receptors. Instead, naltrexone blocks the action of these receptors by competitively binding with them. When this happens, the person no longer possesses an urge to take these drugs because the pleasant or recreational experience these drugs normally provide would no longer be present.

The whimsical answer to the question “what does naltrexone do” is that naltrexone takes all the fun out of drug abuse. Because the user no longer gets high on drugs when he is being treated with this medication, he loses all the desire to keep taking them.

But that’s not all: Naltrexone is also used by the medical profession to treat patients with alcohol use disorders by helping reduce their urge to “have another drink.”

How is it Used?

Like some other pharmaceutical products, naltrexone’s therapeutic action is a lot more immediate when it is injected directly into the patient in an extended release form. This is the recommended treatment strategy for treating patients with opioid use disorder.

Before such treatment can be carried out, however, it is necessary for the patient to undergo a medically-managed detoxification period. This usually takes seven to ten days — the time typically required to eliminate opioids from the bloodstream. Orally-taken and implanted versions of the drug have also been found to be useful in such therapy.

As earlier mentioned, naltrexone is also used to treat alcohol abuse. It can help patients give up drinking altogether or, at the very least, reduce their alcohol consumption. For alcohol abuse treatments, naltrexone is usually taken orally, typically as a 50-mg tablet. Of course, as is the case with the usual management of alcoholism, this treatment should be accompanied by family support, counseling, and some lifestyle changes.

Naltrexone requires a prescription from the physician managing the drug abuse patient. The medication can be purchased from most of the well-equipped pharmacies or treatment facilities. Regarded as the most significant pharmaceutical breakthrough in the past half century, this drug is now readily available.

Does it Really Help?

Naltrexone is often considered a one-of-a-kind drug that has the potential to help an astounding number of people who want an effective means to rid themselves of substance addiction. What is delightfully unique about the drug is that it is not regarded as a costly cash-cow of the pharmaceutical industry. Rather, it is viewed as an altruistic product that the industry has gifted the public health sector with.

As such, it Is closely monitored by the government for efficacy and potentially adverse effects. Findings show that the medication has been convincingly helpful to many people being treated for substance abuse. It has been found to have relatively few contraindications and side effects; there are also few, if any, adverse drug events associated with its use.

To get answers to all your queries on what does naltrexone do, check out the Ovus Medical blog site at https://ovusmedical.com/blog/.