Kratom (Mitragyna speciose Korth) is a tropical forest tree indigenous to Malaysia, Thailand, and Myanmar. It also found in New Guinea, Borneo, and the Philippines. The tree grows up to 25 meters high. It has elliptical leaves that heart-shaped at the base, pointed at the tips, and hairy on the underside nerves. The leaves are about the size of an average man’s palm when fully mature. The tree bears oblong-ovoid (egg-shaped) fruits and yellow flowers. The bitter leaves contain psychoactive opioid compounds and have consumed for thousands of years in Southeast Asia and more recently in other parts of the world for uplifting moods, boosting energy, mental clarity, and pain relief. It also believed to an aphrodisiac.

In drug screening, the cut-off level is the minimum amount of drug residue that must be found in the sample in order for the test to be positive. It is important to remember that a negative sample does not necessarily mean that it is drug-free, only that it contains a drug at a concentration that is below the established cut-off.

Other examples of drugs that fall under Schedule I include:

Kratom is unique in that it is both a stimulant and a sedative, with what many users say opiate-like effects as well. Whatever effects felt by the user are largely dose-dependent. At low to moderate doses often (although not all the time) acts as a stimulant, while at high doses it will most likely act as a sedative. Other than the dose, individuals react differently to different drugs, and each individual’s response will be a factor of his/her weight, how much they have eaten recently and their overall physical condition.

In Southeast Asia where kratom originated from, it is traditionally consumed in its natural form – fresh or dried leaves either chewed-on or steeped into a tea. In the West these days, its form of administration is oral, either making tea from the leaves and drinking it, chewing on the leaves or mixing powdered or crushed leaves with food and drinks. Some users smoke kratom leaves using pipes and other gadgets.

Many kratom users not happy with the availability of kratom extracts, resins and other forms of the concentrated substance, including gum forms that are laced with other ingredients; arguing that kratom has so far able to stay legal. Because all the deaths connected to it were either due to the presence of other drugs or due to the person’s pre-existing mental health conditions (suicidal tendencies). People who have benefited from kratom’s medicinal properties, particularly for pain relief prefer using raw, non-extract powders hope that they remain in these safe preparations.

The traditional medicinal effects of kratom vary widely due to its unique alkaloid profile, quite unlike any other plant life is known to man.

There are 2 compounds found in kratom leaves that bind to the opioid receptors in the brain, 7-hydroxy mitragynine, and mitragynine. Consuming large amounts of the leaves cause sedation, produces sensations of pleasure and dulls the perception of pain, with some unpleasant side effects. The compound mitragynine, in particular, is a stimulant and 7-hydroxy mitragynine is a sedative with analgesic effects. Taken in small amounts, kratom boosts energy, alertness, and sociability. High doses cause sedation and euphoria with opium-like narcotic analgesic effects.

The short-term effects of kratom are variable and complex at best. What determines the effects, whether it will act as a sedative, as a stimulant or produce opiate-like effects is heavily dependent on the dose is taken and the physical condition of the person taking it. At the stimulant level (low dose: 1-5g), the effects kick-in within 10 minutes and last from 1 to 1.5 hours:

At the analgesic-euphoric-sedative level (moderate to high doses: 5-15g), the effects last for several hours and are less intense than those caused by other opioids:

The effects of extremely high doses that go more than 15g mimic those caused by high doses of opioids. These include:

The plant itself has not been associated with any fatal overdose. But commercialized products are sometimes laced with other dangerous compounds that have proven fatal in some cases.

Being emerging drug in the United States, there is limited research material on the long-term effects of Kratom other than those obtained from users in Thailand:

Long-term use of kratom can and will lead to dependence and addiction. As some alkaloids found in kratom bind with opioid receptors in the brain, they help ease the withdrawal symptoms caused by real opioids like oxycodone and heroin. These very same properties that make kratom a detox aid also make it an addictive agent.

It has reported all around the world, in Southeast Asia where the plant originated, in Europe, the United States and the rest of the western world that long-term users develop tolerance to kratom, making them take progressively larger doses to achieve the desired effect. Also, Tolerance eventually escalates to dependence and eventually a kratom addiction, where they are unable to stop regardless of adverse physical effects and negative consequences in their personal, professional and social lives.

One study showed that over 50% of participants who used kratom regularly for 6 months developed a dependency on it. The physical kratom withdrawal symptoms are similar to those experienced by opiate-dependent people.

These include weak opiate dihydrocodeine and a drug used for high blood pressure, lofexidine. Kratom Death Rates by Decade Kratom was discovered by Dutch botanist Pieter Willem Korthals. He was the official botanist of the Dutch East India Service from 1831-1836. Also, Earlier Dutch traders described how it was used by the Malaysian people in their traditional medicinal practices. The natives of Thailand also traditionally chewed on the leaves for its stimulating effects, helping them cope with the fatigue that comes from hard labor. They also used it as an opium substitute.

In 1943, Thailand decreed the planting of the kratom tree illegal bypassing the Kratom Act 2486. In 1979, Thailand enacted the Narcotics Act B.E. 2522, putting Kratom a Category V narcotic analgesic, alongside marijuana. Despite the prohibition, kratom remains the 3rd most popular drug in Southern Thailand, next only to marijuana and methamphetamine. Kratom leaves eventually reached other parts of the world, finally result in its wide spread use in the west.

The American Association of Poison Control Centers reported only 2 exposures to kratom in the entire 5-year period between 2000 to 2005. After a decade, from 2010 to 2015, U.S. poison centers reported 660 calls due to kratom exposure. Also, From February 2014 to July 2016 at various ports of entry into within the U.S., law enforcement officers have encountered some 55,000 kilograms of kratom material, with another 57,000 kilograms awaiting imports are an admission by the FDA. Another side Combined, this amount of material is enough to produce 12 million doses of the drug.

While kratom is not illegal, it has long on the DEA’s list of drugs and chemicals of concern especially since there have 15 kratom-related deaths between 2014 and 2016. Today, the future of kratom as a non-controlled substance is the subject of a DEA plan to have it included as a Schedule I substance. By December 1, 2016, a final decision will have made.

Can I Purchase a Single Use Drug Test for Kratom?

Ovus Medical offers Drug Tests in Bulk, or for single use. If you are concerned about how someone will fare on a Drug Test, or simply wish to test yourself, it’s a fairly easy process taking only a few minutes.  Kratom Cartridge Test and our Kratom Strips are great products for this purpose!  If you are interested in seeing how the Kratom Cartridge Test works, feel free to view our instructional video:  How to Use Kratom Test Cartridges 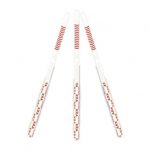 To detect other substances, the 12 Panel Drug Testing Kits are designed to detect 12 of the most abused and commonly used drugs. However, depend on your needs, you can buy other kits that test for different drugs.  For instance, the 13 Panel Drug Testing Cup includes all the same drugs tested within a 12 Panel Drug Test with the addition of the drug Fentanyl (FYL).  There are also kind of the typical 12 Panel Drug Test that include drugs like phencyclidine, or PCP. If you have any questions or concerns regarding our product or wish to place an order, feel free to call us. SEND ME SPECIAL BULK PRICING