Anyone under probation is required to take a drug test. This is a common practice in County Probation, Federal Probation, and Drug Courts. The legislators are always under the impression that criminal drug users remain addicted. They believe they continue using drugs even through the cycle of court, probation systems, corrections, etc…  Also, there are chances that the criminal might still be committing crimes or breaking laws to serve his/her addiction. Probation and drug courts drug testing can prove to be an act towards preventing the use of such illegal drugs. 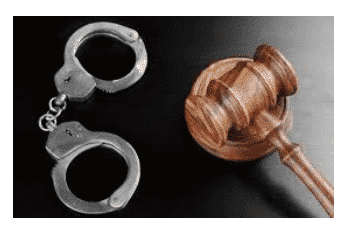 1960 was the year when Probation Drug Testing started. It began with the primary purpose of identifying addicted drug abusers. The goal was to help them, treat them, and keep an eye on their progress. The frequency of conducting the test may vary upon your relation with an image in front of the officer. If you are someone who holds a record. Always suspected of drug abuse, you might tested more often than others.

It is necessary that you understand that probation is the result of a plea deal. If you maintain a good image, stand by the guidelines and stop drug abuse, there are chances that you can rebuild the trust, and it might work in your favor.

What Test Will Be Required?

Generally, a standard 12-panel urine drug test conducted that identifies up to 12 types of legal and illegal drugs. Urine tests are the most inexpensive and effective method of testing for drug abuse. The test is capable of detecting nearly any drug present in the body. One of the most important advantages of conducting a urine test that results can known immediately. It is not necessary to wait for days for the results.

Maintaining a drug-free environment is very important and crucial in every area of corporate and government offices. And when talking about correctional facilities, it is of utmost importance that the environment remains free from drug abuse, be it inmates or the staff. A single unsupervised act may lead to riot like disturbances under the influence of drugs. 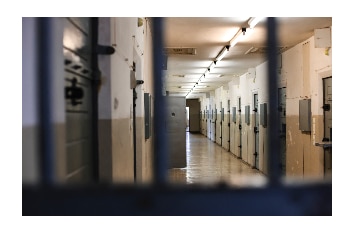 Drug testing is an essential step towards fighting drug abuse.

It helps in identifying the people involved in drug abuse, so either an action or a corrective measure can taken to prevent such activities. The entire rehabilitation program of the correctional facility also demands the test to be conducted, so the process of rehab can get started for people under drug or alcohol influence.

The Right Way of Conducting the Test:

While there so many ways in which the drug abuse test may conducted, it is essential to choose a test that will result in accurate and precise results in a shorter span of time. Most ways require that samples be collected and sent to the laboratory for testing, and this may take several days. For a speedy process, it is better to choose the option that can be used right there in the correctional facility, and the results are known on the spot.

Ovus Medical specializes in multi-panel drug testing cups. Our testing cups are the best options when conducting a bulk test. Fast results and easy to use.

Drug abuse in the corporate workplaces can prove to be a serious matter for the one abusing it, for their colleagues and the company as well. And if the employer is allowing the use of illegal drugs in the office premises, that also is against the law. Drug testing is most often conducted in critical safety areas like police, armed forces, energy generation, public transport, etc. However, drug abuse can take place anywhere and prove to be a trouble for any industry. 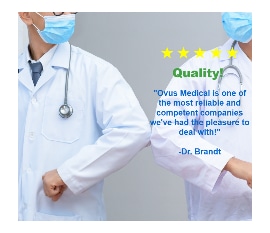 Why Quality Drug Testing Is Important

​​Drug abuse in the corporate workplaces can prove to be a serious matter for the one abusing it, for their colleagues and the company as well. And if the employer is allowing the use of illegal drugs on the office premises, that also is against the law. Drug testing is most often conducted in critical safety areas like police, armed forces, energy generation, public transport, etc.

However, drug abuse can take place anywhere and prove to be trouble for any industry. If not conducted with proper care, drug testing can damage the relationship between the company and its employees. It is crucial to explain it to the employees, why the company is conducting such a test, and how it is going to undertaken. Anyone who abuses drugs or is under its influence will show lower productivity and might as well put other employees at risk. It hinders a person’s capability to judge and make decisions and concentrate on a task. Working in the construction industry or a chemical lab or such a critical place. See more: How to prevent Drug Use in the Workplace?

The Right Method Of Drug And Alcohol Testing

Approximately 58 Percent of Associations conduct drug and alcohol testing on both job applicants and current employees. The Omnibus Transportation Employee Testing Act of 1991 was passed from the Department of Transportation making drug testing a necessity for all DOT truck drivers. In 1914 Henry Ford established a social division whereas the primary task was to track their workers’ lifestyles and the ramifications of those lifestyles in their job performance. With a huge workforce of some 14,000 people, turnover at Ford Motors was vast. 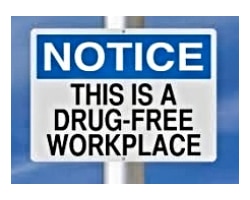 The big areas of concern were drinking and ganbling.  It was not like the from the drug-free workplace programs, but the thought was thereby implementing his ”social division”, Ford could decrease his workforce turnover from 360% in 1913 to 16 percent by 1915. The coverage must explicitly state the prohibition of ”unlawful use, manufacture, dispensation, possession or distribution of a controlled substance” in the office as mandated by legislation. Disciplinary actions against policy violators must also be clearly mentioned.

Formulate a Drug-free Awareness Campaign Within the Office

​Require workers to abide by the policy provisions. Notify the business in the event of drug-related offenses committed by the worker. The same must be demanded of workers working for contracting or granting agencies. While private companies that don’t have any plans of entering into federal grants or contracts aren’t required to comply. They are free to establish (and really encouraged to establish) their particular drug-free workplace policy.

Which best applies to their company. Employers started to realize that increased productivity and reduced incidences of accidents and property damage were direct advantages of implementing drug testing in the workplace. New York State implemented Code Rules 60 and 59, under which they provide financial incentives. (such as a direct reduction of workers’ compensation rates ranging from 2-10%) to companies. That put their own drug-free office programs.