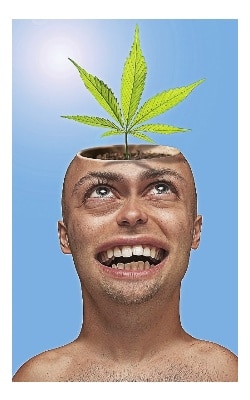 Effects on the brain:

Tetrahydrocannabinol or simply THC is one of the psychoactive substance in marijuana. The effects on the brain will be determined by THC hence. These effects could be of short-term and could of long-term effect which will depend upon the user, setting, and the dosage that was taken.

1. Altered senses.
2. Altered sense of time
3. When taken in high dosage, hallucination is also common.
4. Same as hallucination, upon higher dosage consumption, delusion is also fairly common.
5. The user finds it difficult to think and understand.
6. Mood changing is one of the key features of marijuana.

Long-term effects: The long-term effects include affecting the brain development. When started early, the abuser of marijuana is suspected to have impaired thinking, learning and memory function as whole to a different degree in different people. It is still inconclusive whether these effects are temporary or permanent. 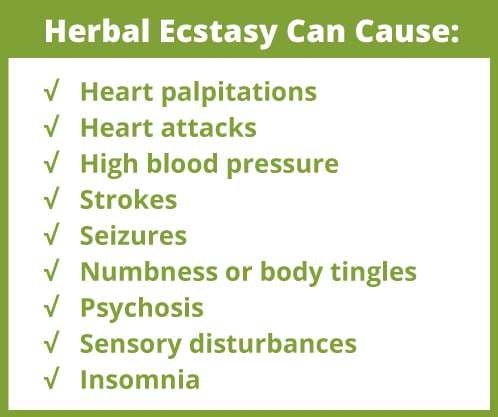 Its effects last from 3-6 hours from an average reported dose of 1-2 tablets. Each tablet should contain anywhere from 60-120 mg of MDMA, but research has shown that many of the ecstasy pills sold today actually contain more of other harmful drugs than MDMA itself. Some adulterants that have so far been found in “ecstasy” sold on the streets include caffeine, methamphetamine, dextromethorphan, ephedrine, and cocaine. There are many others that have yet to be identified.

Animal research has shown that moderate to high doses of ecstasy prove to be toxic to nerve cells that contain serotonin, causing long-lasting damage to said nerve cells. It is not uncommon for users and abusers to take ecstasy in combination with other substances, like marijuana and alcohol. Others combine ecstasy with Viagra to counter what is known to be a common side effect to taking ecstasy, that of heightened sexual appetite but diminished ability to perform.

In the workplace, MDMA is not included in the standard SAMHSA 5 panel, but it is chemically closely related to amphetamines that users may test positive for both amphetamines and methamphetamines. A DOT 5-panel test, however, includes MDMA, MDA, and MDE in the amphetamine portion of the test.

Methadone is a very interesting drug. It acts like an opiate and is given to people who are addicted to pain medication and heroin. Methadone can help to get people off of these types of drugs. One of the problems with this is that you can also get addicted to it. Also, the tolerance that is built up to methadone can cause a person to need larger and larger amounts over time. It is like this with heroin and other opiates, but methadone was designed to have a very high rate of absorption in the system. A lot of people who start to use methadone cannot stop using it. 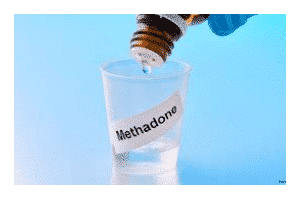 These programs require drug testing in order for patients to maintain their dosages. These places also require urine tests to determine whether heroin is even present in the system. There are certain medications that can react badly with methadone and cause a very adverse reaction. They can cause you to have to go into the hospital or can cause immediate death. It is very important that a person is kept track of while they are using methadone as a means to get off of heroin and other opiates, as maintaining vigilance over the most common drugs od abuse.

Purchase our 12 Panel Cup for Methadone

Methamphetamine is a highly addictive and powerful stimulant that impacts the central nervous system. Known by its street names like crystal and ice, this drug is a bitter-tasting, odorless, white crystalline powder that is water and alcohol soluble.

Developed from amphetamines in the early 20th century, this drug was used in bronchial inhalers and nasal decongestants. Though both drugs act as stimulants, Methamphetamine is more potent as its adverse effects are longer-lasting and greatly affect the user’s brain. 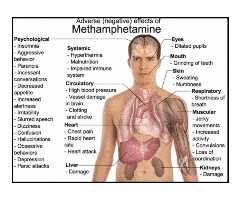 Methamphetamine is a controlled substance in the United States. However, it can be legally obtained through a non-refillable prescription. The drug, in far lower doses taken by abusers, has been specified for the treatment of attention deficit disorder (ADHD) and in weight-loss treatments.

What Kind of Drug is Methamphetamine?

Methamphetamine is a powerful stimulant that targets the central nervous system. Its chemical breakdown is C 10 H 15 N and affects chemicals in the nerves and brain that influence impulse and hyperactivity control. This drug type increases energy, alertness, and attention, as well as elevated heart rate, blood pressure, and respiration.

Purchase Our 13 Panel Cups to Test For Meth

Opiates and morphine are two types of drugs that belong to a category called opioids. These drugs and medications are derived from the opium plant itself, synthesized to do what opium does or are partially synthesized and plant extract. They are meant to deal with very severe types of pain that cannot be handled in any other fashion. The problem with this is that they help pain, but are very, very addictive. This is very big issue with some people, as they become dependent on the drug, or like the high and take it for fun.

Morphine has a long history that is mostly steeped in war. This is the drug they give to people when they are dying so that they feel no pain as they pass when there is nothing that can be done for them during war time. This is also the drug that they give to older people who are passing so that they may do it peacefully and painless. It can be given for pain, but is rarely prescribed and normally only given in the hospital for very bad trauma due to its nature. Very little bits of it can be lethal and it is very easy to overdose on. When it is in a person’s system it acts just like heroin does, causing a person to “nod out” and be very clumsy. 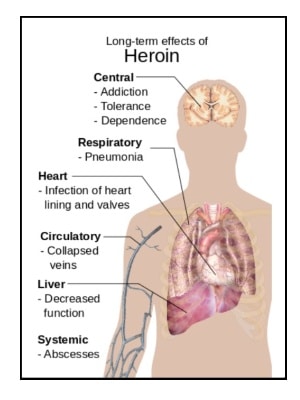 Opiates are very dangerous medications that can help a great number of people. They are very addictive and people normally get hooked on them because of the way that they make a person feel. They do not just reduce pain they produce a high effect. This effect makes a person feel good but also makes them very clumsy, drowsy and causes reaction time to be greatly reduced. Due to this fact, people who abuse these types of medications can be a hassle to work with.

Just like heroin, these types of addicts may need additional care, more so than others. They may need very closely watched when they are around others, as their behavior can be violent and unpredictable, especially when they are out of their drug. They also may be very slow and have a bad reaction time. This can pose issues in everyday life for them as well as others. Heroin and opiate addicts can be a huge problem to deal with.

Purchase Our 6 Panel Cups To Test for Opiates

People begin to have issues when they are one medication like this. These pills can be very addictive. They can help to manage pain successfully when they are taken properly, however, people can abuse them and it creates a problem. Pain medications like Oxycodone have a number of side effects that can cause a person’s issues at work. 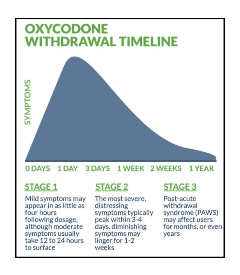 There are quite a few side effects to Oxycodone but the main ones are dizziness, drowsiness, sleepiness, lightheadedness, and slow reaction time. This can be horrible for people who work around any kind of human being. People that drive can cause accidents, people at manufacturing plants can cause incidents, and people in the finance industry can make mistakes that cost other people millions. There’s no if, and, or buts about it, a person who is taking a medication like this and abusing it can be a great danger to themselves and the other people in their vicinity.

The other side effects of this medication are constipation, nausea, vomiting, upset stomach, itching, headache, blurred vision, dry mouth, sweating, and decreases in the ability to feel pain. These are the less serious side effects and are less likely to impede on job performance, but even some of these can affect a person adversely at work. These side effects are more about the individual than the other people they work with, but can still pose an issue on the job site. A decrease in the ability to feel pain can be very detrimental to a person who plays sports or works in construction. If there is an accident during one of these jobs, how is the person to know that they are even hurt if they cannot feel it?

Propoxyphene an opioid drug that is used as an analgesic to mild pain though its effect is not only limited to relieving to pain only. Excluding the property of analgesics, it also has a cough suppressant and local anesthetic effect. Its onset of action is somewhat quick which starts around 10-20 minutes after administration. See urine drug test CutOff levels.

It is a weak opioid. Hence its analgesic effect is also a bit milder. It doesn’t generally respond to pain with greater intensity and hence, instead of propoxyphene, a strong opioid drug such as morphine should be used. Propoxyphene should be used only when a relatively weak analgesic agent is needed.

The side effects of propoxyphene are similar to other opioid drugs. For example, constipation is somewhat a common symptom among most opioid drugs. Since opioid drugs generally influence the peristalsis movement and interfere with the movement, hence constipation is among the most common side effect. To prevent it, laxatives could be used however it is also seen that, drinking more and more liquid does help to improve the condition.

Nausea and vomiting are other types of side-effect that could be seen upon the administration of propoxyphene. Impaired alertness is associated with propoxyphene and hence, should be taken with a little bit cautious. That’s why you shouldn’t take propoxyphene if you have the plan to drive later. It also interferes with heart rhythm. Hence if you have any type of heart disease, then you should tell the doctors beforehand so that appropriate actions can be taken.

Purchase our PPX Strips To Test For Propoxyphene

Simply put, synthetic marijuana is a questionable (at best) concoction of man-made psychoactive chemicals sprayed on dried plant material. These psychoactive chemicals are meant to mimic the effects of THC, the active ingredient found in real marijuana. Often referred to as “fake weed”, synthetic marijuana is sold in $30-$50 foil packets and is easy enough to find in gas stations, smoke shops, or convenience stores. Marketed as a “safe” alternative to marijuana which is a Schedule I drug under the Controlled Substances Act, these things have successfully avoided regulation by simply being labeled “Not Safe for Human Consumption”. Synthetic marijuana is far from safe. They are actually more powerful than the real thing – with severe and unpredictable side effects that are dangerous and sometimes life-threatening. 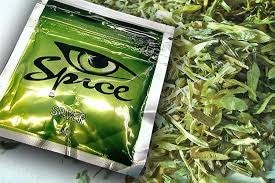 Synthetic marijuana is classified under Schedule I of the Controlled Substances Act which lists drugs, substances or chemicals that have a high potential for abuse with no current medical use. Examples of other drugs in this class are:

Synthetic marijuana is a stimulant. While natural marijuana is classified as a mild hallucinogen-depressant and depending on a person’s response to it, synthetic marijuana without question is an exceptionally powerful stimulant with serious and often severe side effects because of its largely unknown composition of dangerous and unstable chemicals.