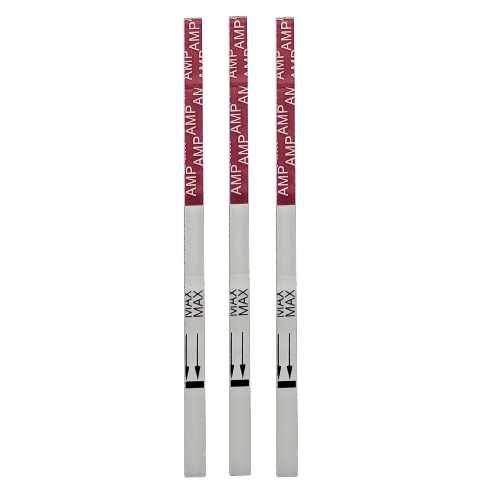 Convenient to use, our AMP test strips enable users to perform Amphetamine testing efficiently and without additional assistance. Fast Results.

Amphetamine Drug Test can be detected in a urine test for two to five days since the last dose.

Does amphetamine show up on a drug test?

Yes. According to the FDA, amphetamines will produce a positive urine test result from 4 to 6 hours after intake and will remain detectable in a person’s system for two to three days after intake. A positive amphetamine test generally means that the individual used the drug in the last one to four days. Regular users of the drug may test positive for up to a week after taking it.

What is Amphetamine and How Does It Work?

Amphetamines are stimulants of the central nervous system. This stimulant has been used to treat depression and narcolepsy in the past. Excessive usage of amphetamines has been associated with emotions of happiness, focus, confidence, and exhilaration.

Amphetamines are still a problem for those who perform urine tests because of their considerable potential for abuse. This is why it’s found in a lot of urine tests.

Because of the prevalence of Amphetamine usage, an in-house urine drug test, rather than blood testing or other lab tests, may be more feasible for drug screening operations.

Is cocaine an amphetamine?

No, but it does carry similar effects. Much like cocaine, there are many ways to use and abuse amphetamines. They can be taken orally, snorted, smoked, or injected. When this drug is put into the body, the neurotransmitters dopamine and norepinephrine are activated from the nerve endings in the brain and their reuptake is constrained.

Is Adderall an amphetamine?

Yes, Adderall is an amphetamine. Adderall is made with a combination of amphetamine salts that affect the parts of the brain and central nervous system that control hyperactivity and impulses.

ARE AMPHETAMINES USED TO TREAT DEPRESSION
SEE OUR OTHER TESTING OPTIONS