What Are the Drug Testing Laws? 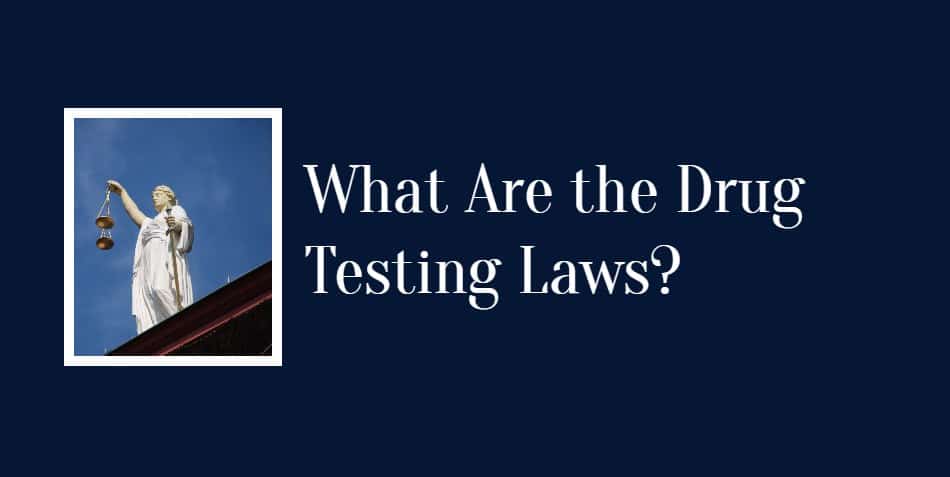 Any entrepreneur considering implementing a drug-free workplace program in his business should first be aware of the drug testing laws in his state or region. Otherwise, he can be held liable and face costly court cases later on. But what are these drug testing laws? Do these laws apply from state to state? Read on and find out.

More and more business owners are implementing drug-free workplace programs to prevent the harmful effects of illicit drug use.

These programs could include:

Drug testing programs can also help weed out unproductive people who may be abusing drugs or alcohol.

However, just writing down a drug-testing program without understanding the laws that surround it can compromise an entrepreneur and his business. 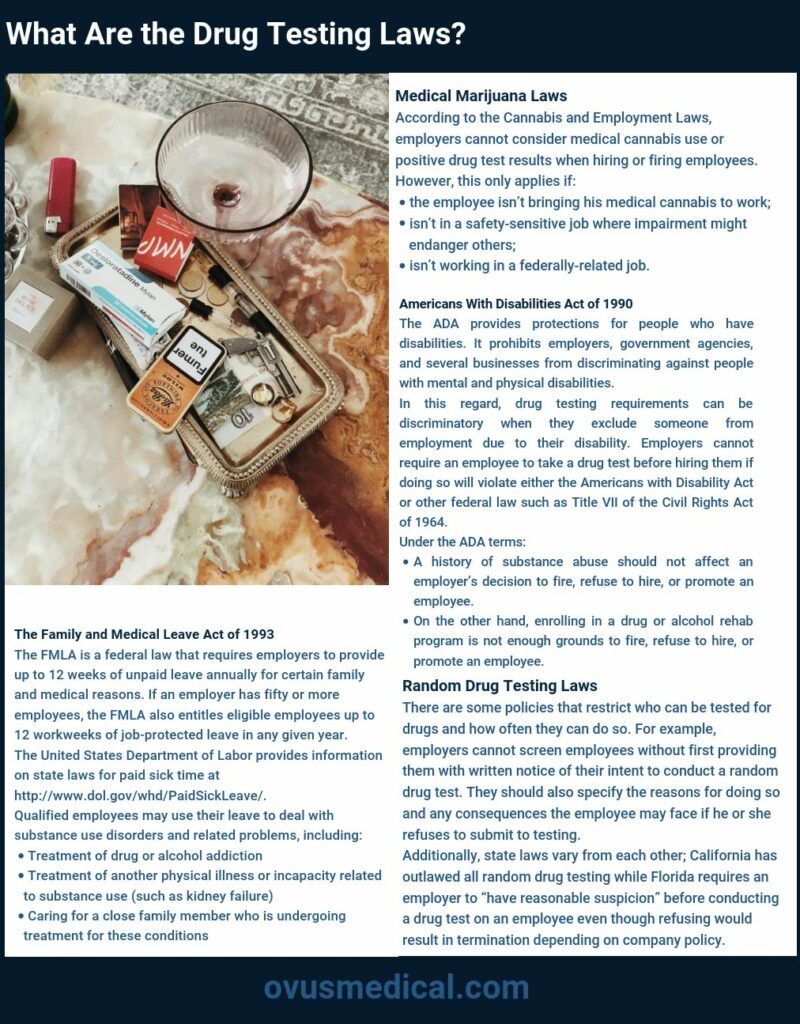 The law states that employees’ drug testing is permissible if there is a “reasonable suspicion” of drug use. There has been a lot of controversy about this issue because some people believe it violates privacy laws and can create unnecessary roadblocks for those who were once addicted but now sober.

According to the Cannabis and Employment Laws, employers cannot consider medical cannabis use or positive drug test results when hiring or firing employees. However, this only applies if:

Americans With Disabilities Act (ADA) of 1990

The Americans with Disabilities Act of 1990 (ADA) provides protections for people who have disabilities. It prohibits employers, government agencies, and several businesses from discriminating against people with mental and physical disabilities.

In this regard, drug testing requirements can be discriminatory when they exclude someone from employment due to their disability. Employers cannot require an employee to take a drug test before hiring them if doing so will violate either the Americans with Disability Act or other federal law such as Title VII of the Civil Rights Act of 1964.

The Family and Medical Leave Act of 1993 (FMLA)

The Family and Medical Leave Act of 1993 (FMLA) is a federal law that requires employers to provide up to 12 weeks of unpaid leave annually for certain family and medical reasons. If an employer has fifty or more employees, the FMLA also entitles eligible employees up to 12 workweeks of job-protected leave in any given year. The United States Department of Labor provides information on state laws for paid sick time at http://www.dol.gov/whd/PaidSickLeave/.

Qualified employees may use their leave to deal with substance use disorders and related problems, including:

FMLA also prohibits employers from retaliating against workers who request FMLA leave. For example, an employer cannot demote, fire, or refuse promotion to an employee simply because that employee takes 12 weeks off to treat a substance use disorder. Employers also are prohibited from taking any action against workers who request time off to care for addicted family members. For more information, visit the Department of Labor’s (DOL) FMLA guide.

There are some policies that restrict who can be tested for drugs and how often they can do so. For example, employers cannot screen employees without first providing them with written notice of their intent to conduct a random drug test. They should also specify the reasons for doing so and any consequences the employee may face if he or she refuses to submit to testing.

Additionally, state laws vary from each other; California has outlawed all random drug testing while Florida requires an employer to “have reasonable suspicion” before conducting a drug test on an employee even though refusing would result in termination depending on company policy.

Yes. Employees can challenge drug test results if they disagree with them. If you are an employer, it is essential to remember that employees have a right to question and dispute their drug testing results, even if they had previously agreed to take the test. With this in mind, you should create a procedure for challenging tests before administering them so that your employees cannot challenge your policies.

For more information on the different drug testing laws in the workplace, visit this website.