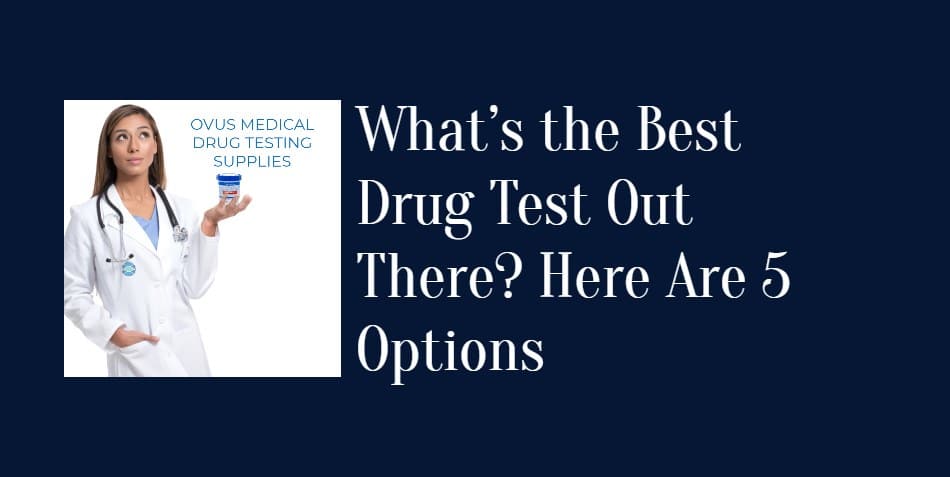 Best Drug Test Options – Drug use remains to be one of the biggest issues that affect societies, from homes to workplaces to communities. This is why more and more people are becoming aware of the need for drug screening. But what is the best drug test out there? Which one should you use? Read on to find out.

Urine testing is the most popular in the industry because they’re cheap, easy to use, and convenient. And because today’s technology has markedly improved the accuracy and reliability of urine drug test cups and strips, an increasing number of people, from home owners to entrepreneurs to rehab managers, prefer them over the other types of drug tests.

Urine drug screens can detect up to 16 different substances of abuse, depending upon the number of panels you wish to order.

This saves both donor and technician a considerable amount of time and effort.

Which urine drug screen can you buy? Ovus Medical has multi-panel drug test cups and a wide array of urine drug test strips you can consider.

Also called saliva drug screens, these come in handy bottles with a built-in pad that the donor inserts in his mouth. He sweeps the swab onto his cheeks, gums, and tongue several times until the color on the saturation indicator strip appears in the indicator window.

The advantage of this test over other types is that it doesn’t require restrooms. Anyone can administer it anytime, anywhere. For example, highway patrol officers use it to identify people who are driving under the influence. They don’t have to accompany the driver to a restroom just to do the test. Instead, they can do it on the spot.

Which test of this type do we recommend? Ovus Medical’s 10 Panel Saliva Drug Test is one of your options. It can detect up to ten illicit substances in 15 minutes or less.

Hair follicle testing detects drugs for up to 90 days. This is the preferred method of authorities that need to prove that a person was using illicit substances in the past three months. However, this type of test doesn’t show recent drug use.

It uses 1.5 inches of a donor’s newest hair, so the technician performing this type of test cuts some hair nearest the person’s scalp.

Like the drug tests mentioned above, you can also perform hair follicle testing anytime, anywhere.

Of all the drug testing types on this list, blood testing is the most invasive and inconvenient. It’s because only trained phlebotomists can perform this type of drug test inside a laboratory. However, it is deemed to be the most accurate. This is why it’s the most preferred method for confirmatory drug testing.

Breathalyzers are typically used by the authorities to detect alcohol use among drivers suspected of DUI. They ask the person to breathe into a tube that’s connected to the breathalyzer. However, a breathalyzer only detects recent alcohol use.

Breathalyzers are convenient in that you can use them anytime, anywhere. Some mobile phone models include breathalyzers in their features. 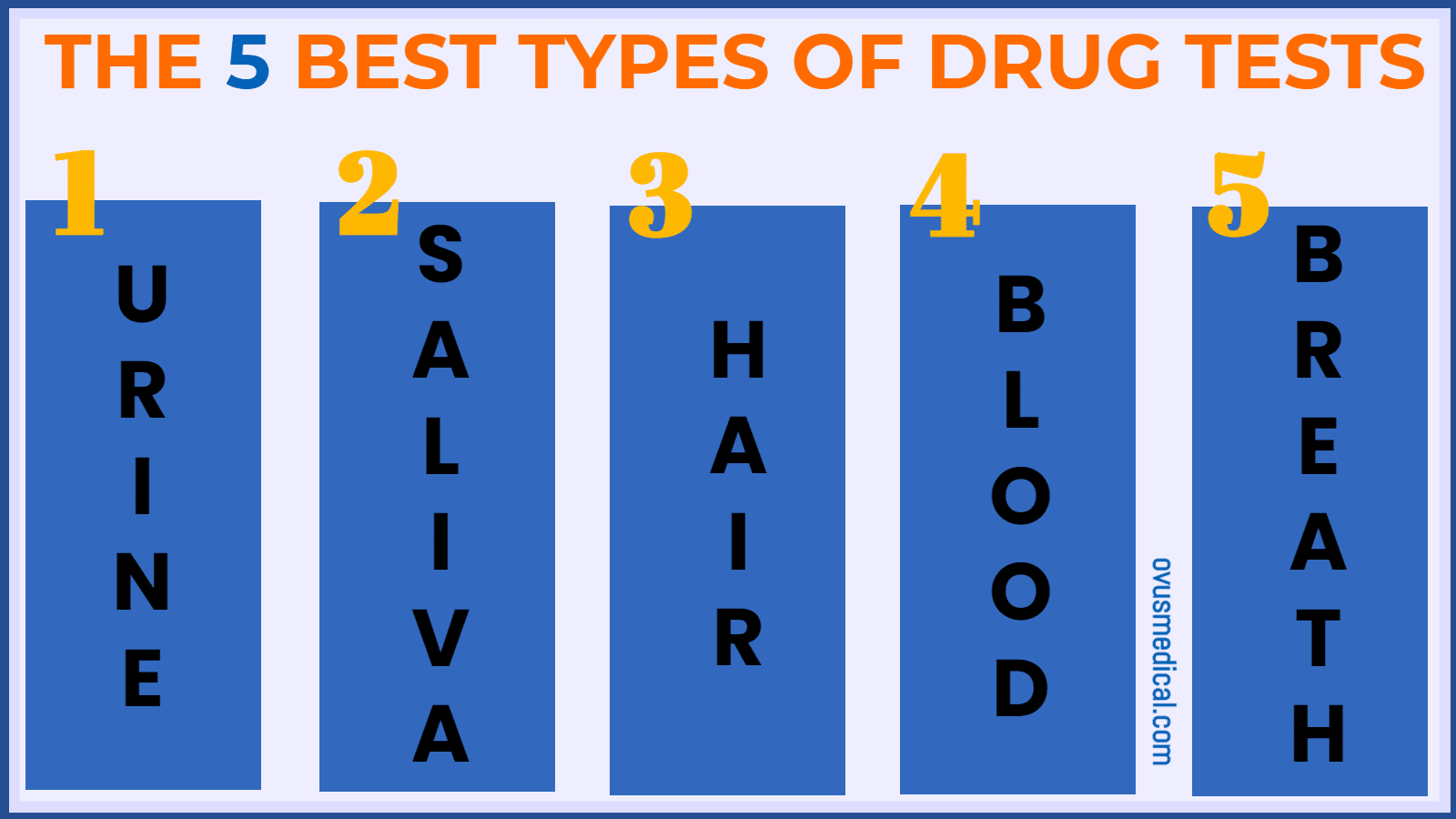 The best test depends on your needs and preferences. If you need fast results, then rapid drug screens like the ones offered here in Ovus Medical are the way to go. However, suppose someone in your home, rehab, school, or workplace tests positive on any drug tests administered. In that case, go for confirmatory testing at a drug testing laboratory.