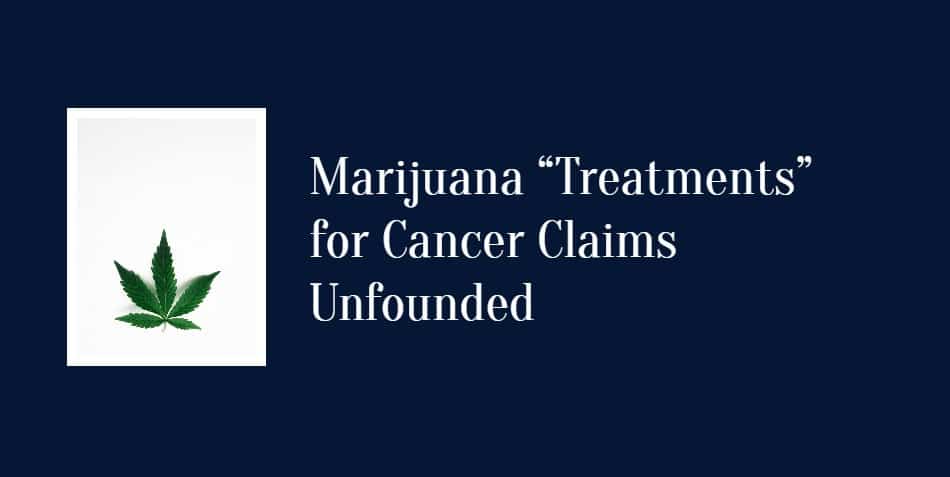 The U.S. Food and Drug Administration (FDA) cautions consumers about irresponsible claims floated by some companies that promote their marijuana-based products as “cancer treatments.”

Marijuana Treatments for Cancer Patients: Is there danger?

None of these items violated regulated or forbidden drug laws since they include an extract of the hemp plant called Cannabidiol (CBD), which not approved by the government for any actual drug product. CBD relieves pain and relaxes. The corporations violate the Food, Drug, and Cosmetic Act by selling unapproved products with unsupported medicinal claims.

The government wants to remove marijuana-based cancer therapies from the market to protect the health of Americans, especially those receiving treatment.

There is no scientific evidence to suggest the efficacy of a marijuana-based cancer treatment. The FDA welcomes any research or product studies that could lead to such a drug. Some people use CBD and marijuana illegally to ease cancer symptoms. It also helps ease cancer therapy side effects.