What Are Barbiturates? Here’s A Quick Guide 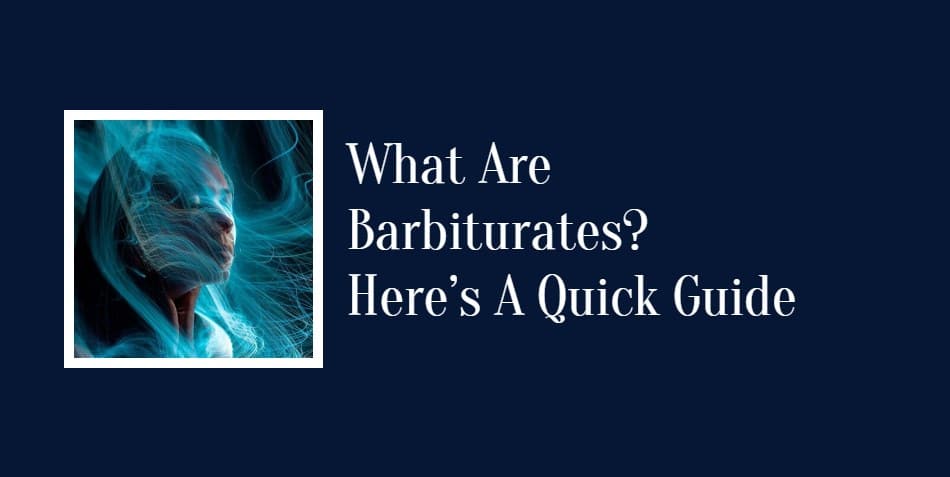 Statistics from the Substance Abuse and Mental Health Services Administration (SAMHSA) reveal that around 405,000 Americans aged 12 and above use barbiturates. Of this number, some 32,000 misuse barbiturates. Besides, teenagers and young adults who take barbiturates for recreational purposes are increasing in number.

Getting to know more about this substance would help us understand how they can affect your health as well as your loved ones. Here’s a quick guide.

Barbiturates are synthetic drugs known as sedative-hypnotics with sleep-inducing and anxiety-decreasing effects. They increase a chemical’s activity in the brain called gamma amino-butyric acid (GABA). It’s a neurotransmitter facilitating communication between brain cells.

Medical practitioners prescribe these drugs to:

Also known as depressants, downers, or barbs, barbiturates produce effects similar to those of alcohol used as a recreational drug.

What are barbiturates made from?

Barbiturates are derivatives of barbituric acid (malonyl urea), formed from malonic acid and urea. Specifically, barbituric acid was first discovered by the German chemist Adolf von Baeyer in 1864. He combined urea (an animal waste product) with malonic acid (derived from the acid of apples).

Amobarbital intended to treat various symptoms of insomnia and anxiety-related disorders. Researchers later discovered that its side effects outweighed its benefits. However, amobarbital still occasionally administered or prescribed in a clinical setting.

When GABA receptors in the brain are activated with Amobarbital, the central nervous system’s signals can become sluggish or blocked.

Butabarbital is used on a short-term basis to treat insomnia. It also used to relieve anxiety, for example, before a surgical procedure. It works by slowing brain activity.

Secobarbital is used for a short time to treat insomnia or as a sedative before surgery.

Butalbital/acetaminophen/caffeine is a combination medication used to treat tension headaches. 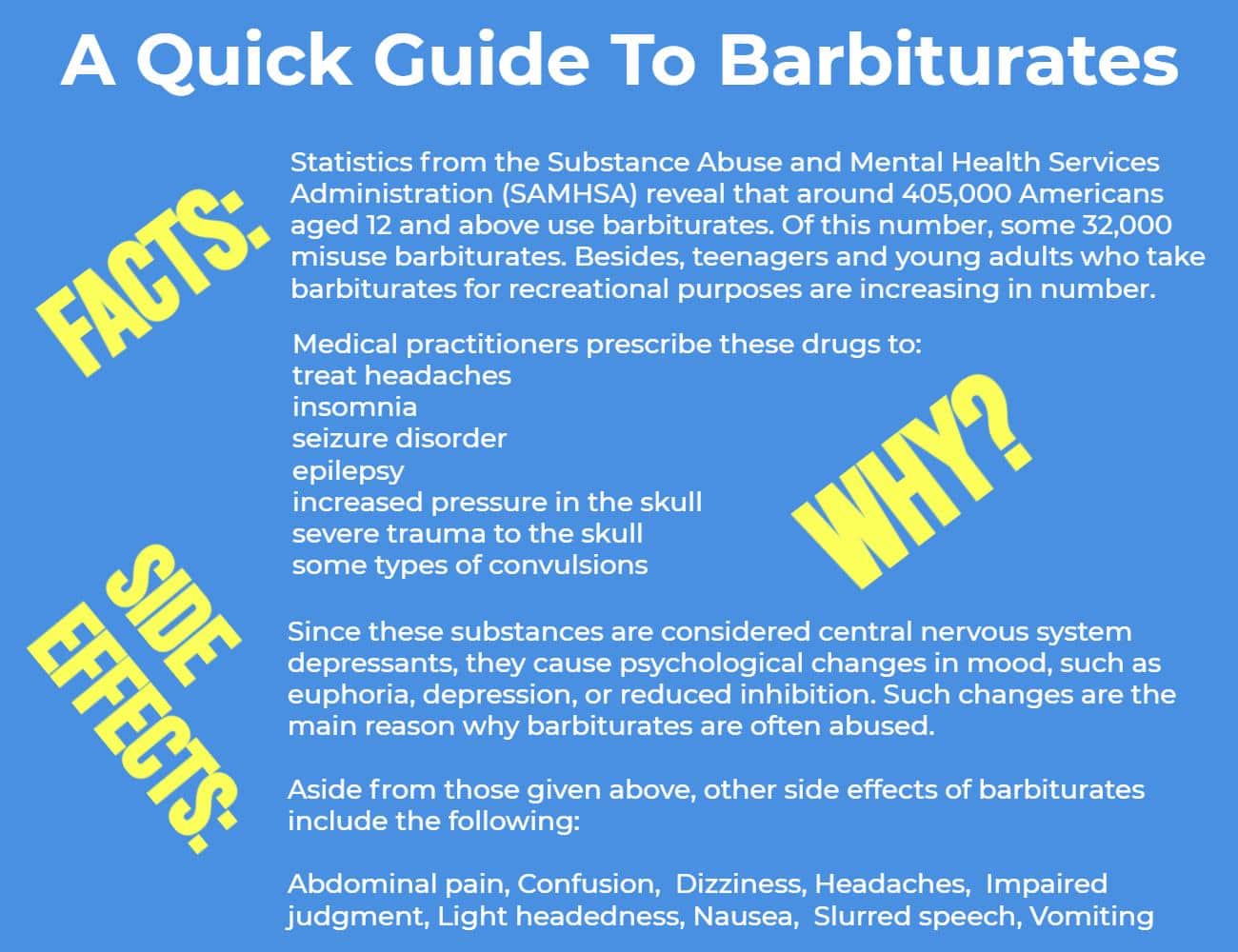 What are the side effects of barbiturates?

Since these substances considered central nervous system depressants. They cause psychological changes in mood, such as euphoria, depression, or reduced inhibition. Such changes the main reason why barbiturates often abused.

Aside from those given above, other side effects of barbiturates include the following:

Long-term use of barbiturates may result in the following effects:

What is barbiturates on a drug test?

The most common benzodiazepines include diazepam (Valium), alprazolam (Xanax), lorazepam (Ativan), temazepam (Restoril), and clonazepam (Klonopin). Many of these and others will show drug test positive for barbiturates.

Why is testing necessary?

Barbiturates are addictive. Consequently, these drugs often get into illegal use and abuse throughout the United States. Also, long-term association with barbiturates can cause addiction and severe withdrawal symptoms.

Testing for barbiturate can help your loved ones or your employees to prevent and detect addiction with the drug at the earliest time. Check out Ovus Medical’s Barbiturate test strips.