What Are the Cut Off Levels for Drug Testing? 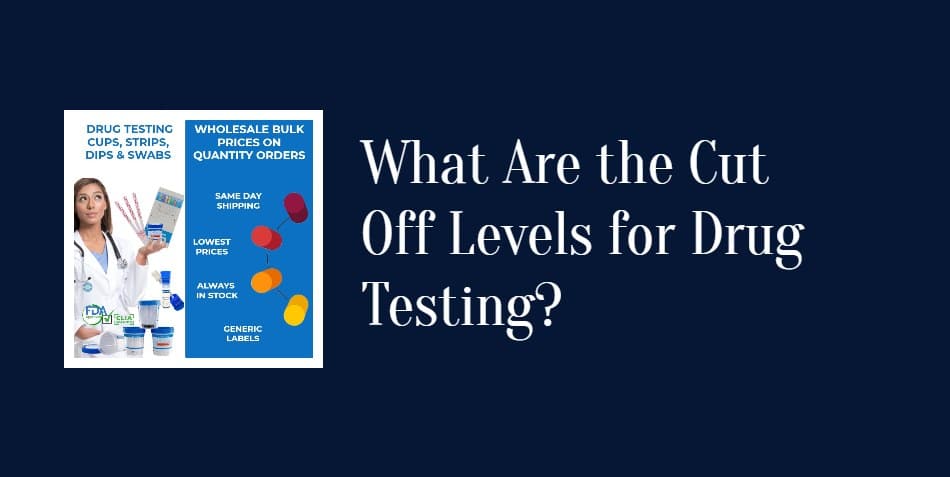 What is the significance of cut-off levels?

Cut-offs in drug testing programs are important. It’s because not all positive test results mean a donor uses illicit drugs. For example, he might have taken drugs a few months before detection, and the laboratory used hair samples for testing. In this case, drugs would most likely be present, but the result would be below the cut-off.

Also, cut-offs are essential because it protects donors from false-positives. It makes it clear that while drugs may have been present because of prior exposure, the donor hasn’t used drugs recently.

How are cut-off levels determined, and what regulatory body determines them?

The U.S. Department of Health and Human Services (HHS) establishes the scientific and technical guidelines for federal and non-federal workplace drug testing programs. An example of a federal agency is the U.S. Department of Transportation (DOT). It requires employees and applicants to undergo drug testing. DOT only permits HHS-certified laboratories to conduct both drug testing and verification to determine the results’ accuracy.

There are different detection times for various drugs among individuals. These depend on factors such as body weight, gender, age, or substances the person may have consumed with the drug.

Also, drugs have various windows of detection due to their degree of fat solubility. Highly fat-soluble compounds like Tetrahydrocannabinol (THC) have a long half-life.

Thus, some highly fat-soluble compounds can be detected in urine up to several weeks from last use among heavy users. Benzodiazepines drug test detection time vary among individuals due to their half-life.

Long-acting (up to 10 days), intermediate-acting (up to 5 days), or short-acting (up to 2 days). Other factors such as dosage, administration route, time of the last dosage, and individual differences in the drug’s interaction with other substances will affect the detection of benzodiazepine. 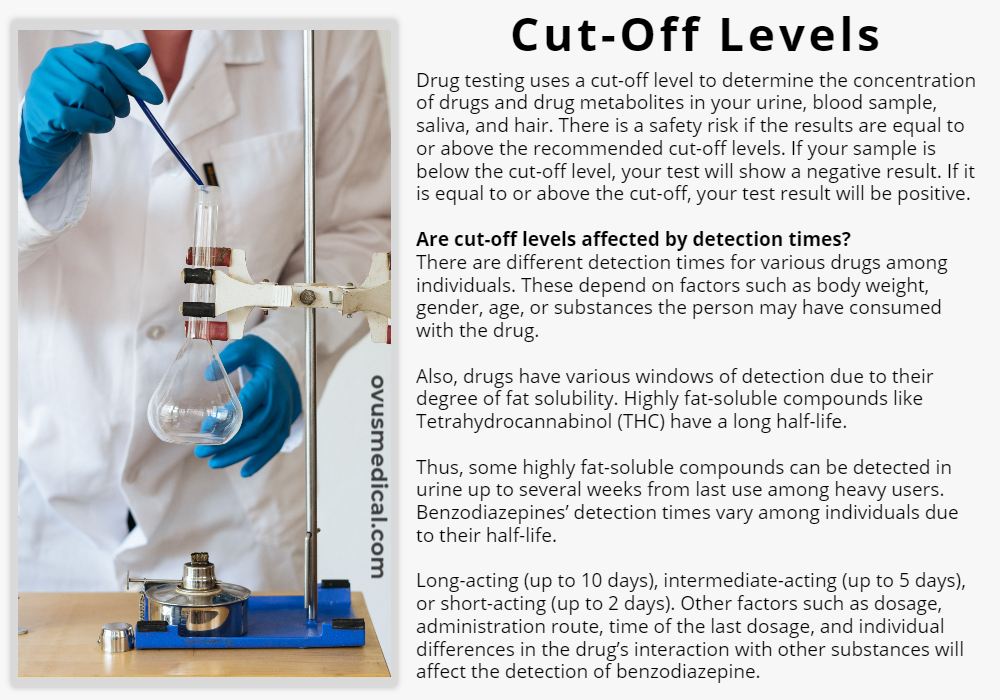 Drug tests vary, depending on the types of drugs tested and the types of specimens collected. Specimens can be in the form of urine, hair, saliva (oral fluid), or sweat samples.

In federally regulated programs, however, only urine samples are collected.

The five categories of the most commonly tested drugs are:

For the evaluator, knowing the cut-off levels for drug testing can help them provide a more accurate interpretation of results.

To learn more about drug testing, visit the Ovus Medical Blog. We have a wealth of information you’ll find beneficial.