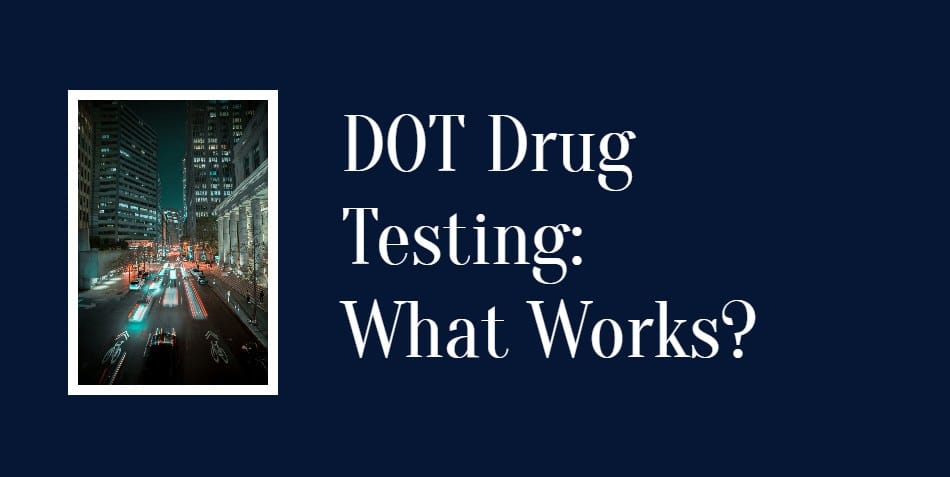 While people who take substances that could temporarily or even permanently impair their normal functions. Causing themselves undue harm, the bigger concern is the potential harm they can inflict on others. This is not an issue of the carnage caused by drug-crazed maniacs. But an issue of the harm inadvertently caused by otherwise upright and well-meaning people handling potentially dangerous equipment. While under the influence of drugs.

The statistics of fatal accidents associated with drug use are alarming. As nearly half of deaths in car crashes in the United States are found to drug-related. While the government does as much as it legally can to curtail this dangerous practice. It can only set policies, engage in massive advocacy, and penalize private individuals. Who found to under the influence of controlled substances. When they are in the custody of the law due to a traffic violation or a road accident. Sadly, penalizing such offenders is, in many cases, pointless since the damage has already done. In the worst possible scenario, there might not anyone left alive to penalize.

What the government can do is see to it that certain personnel are drug-free. Before they can lawfully get behind the wheel of any mass transport vehicle or behind the controls of equipment. That could cause damage or harm. By virtue of the Omnibus Transportation Employee Testing Act passed by the United States Congress in 1991. The Department of Transportation requires alcohol and drug screening for all personnel regarded as safety-sensitive employees. These tests are under the purview of various regulatory agencies within the DOT.

DOT Drug Testing: Who should be tested?

Throughout these processes, the rights of employees who undergo routine testing continue to protected by U.S. Law. While not all drug abuse or misuse is criminal and makes the user liable under the law. It could, nevertheless, embarrassing and stigmatizing for the user when his positive drug test results made public. Such disclosure could result in scandal and even adversely affect the user’s behavior or even his reputation. A history of substance abuse could also deprive the user of employment opportunities and good social relationships.

When is DOT Drug Testing done? What happens to those who fail?

Since safety-sensitive workers should never be drug abusers, it is the policy of their employers to conduct pre-employment drug tests which serve as some level of screening to determine if the applicant should be considered for the job at all.  However, an all-clear result in a pre-employment drug test is not a guarantee. That the employee will stay that way for the duration of employment. Maintaining a policy of random testing among employees serves as a deterrent. Because they can never tell when it’s their turn to tested.

In cases where there reasonable suspicion by a duly trained supervisor that an employee is misusing drugs, an unscheduled test can indicated. A safety-sensitive worker who found through a drug test to engaged in substance abuse immediately disallowed from working in such capacity lest he or she endangers other people.

An unfortunate ramification of facing a drug rap is the possible loss or suspension of a professional’s license or certification. If such a person seeks reinstatement after undergoing proper rehabilitation, he or she should undergo return-to-duty testing which can repeated several times in the first year. This practice of random drug tests can continue into several follow-up tests over the next five years.

As in the case of driving incidents among private individuals, a safety-sensitive worker under DOT supervision would be subject to post-accident testing in the event of such an incident. An alcohol test should administered within 8 hours of the accident, and a drug test within the first 32 hours.

What drugs are being checked?

Even as the legal status of marijuana is constantly evolving in various ways from state to state, cannabinoids are surely among the substances being looked out for among safety-sensitive workers. However, it is principally delta-9-tetrahydrocannabinol or THC (and not the innocuous cannabidiol) which is being checked by urine testing.

Opiate usage continues to be widespread, particularly in its various derivatives such as morphine, codeine, fentanyl, hydrocodone, oxycodone, methadone, heroin, and meperidine. While some of these drugs legally manufactured, prescribed, and administered for pain management, they can diminish a user’s ability to operate potentially dangerous equipment and thus disallowed in DOT workers in safety-sensitive tasks.

A highly dangerous drug that checked by DOT Drug Testing Phencyclidine or PCP, often referred to as angel dust. Originally developed as a powerful anesthetic, its recreational use could cause the person to become dangerous to himself and to others, especially law enforcers, as he becomes impervious to physical pain and attempts feats of superhuman strength while in an uncoordinated state.

More information on DOT drug testing and how to ensure accurate and uncontestable test results is available on the Ovus Medical Blog Page.