Can You Refuse a Random Drug Test at Work? 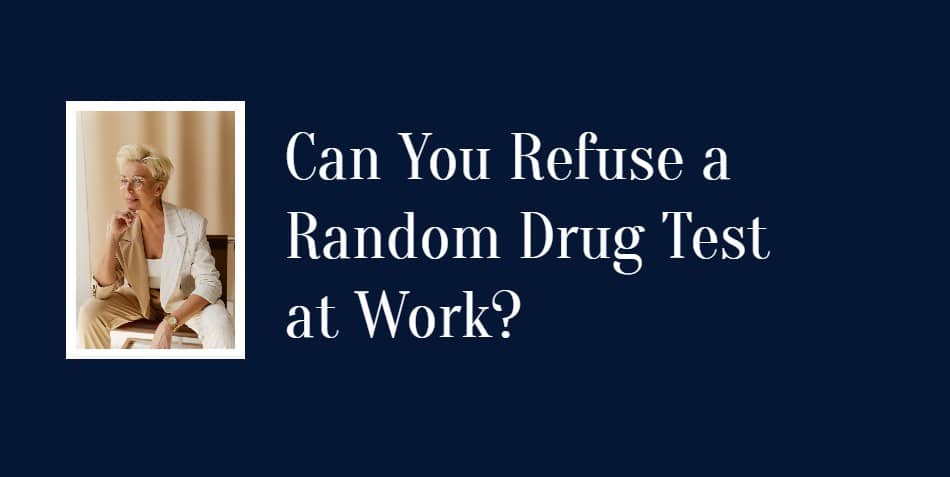 Can You Refuse a Random Drug Test at Work?

In a nutshell, yes, you can refuse a random drug test. It is within your rights to do so, especially if you’re not working in a safety-sensitive industry. Although some states allow it, there are currently no federal laws on drug testing in the workplace.

Twenty-two states and Washington D.C. (See Map below) have mandatory state drug testing rules applicable to the private, non-regulated workplace. (Here’s a complete list of the states with drug testing laws, employees covered, and the conditions/methods.)

However, refusing a random drug test can lead to unfavorable consequences in states with drug testing laws. Your employer can suspend you, terminate you, or have your license removed. In some cases, they can refer you for treatment and rehabilitation. Additionally, this can compromise your unemployment benefits. 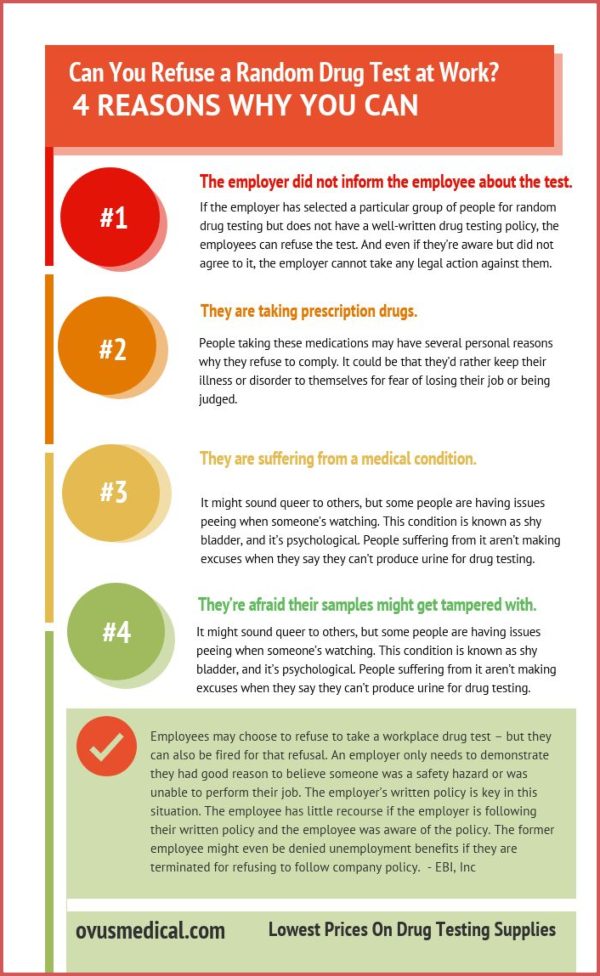 Why do people refuse a random drug test at work?

The employer did not inform them about it.

If the employer has selected a particular group of people for random drug testing but does not have a well-written drug testing policy, the employees can refuse the test. And even if they’re aware but did not agree to it, the employer cannot take any legal action against them.

They are taking prescription drugs.

And people taking these medications may have several personal reasons why they refuse to comply. It could be that they’d rather keep their illness or disorder to themselves for fear of losing their job or being judged.

For example, an employee prescribed amphetamines to treat his ADHD might not want to be stigmatized by their coworkers. He might resent people if they call him Adderal Nighter or Hyper. That’s why he doesn’t want to be exposed.

Or a company driver who’s taking marijuana for severe pain from a previous surgery might refuse to do a random drug test because he might get sacked.

They are suffering from a medical condition.

It might sound queer to others, but some people are having issues peeing when someone’s watching. This condition is known as shy bladder, and it’s psychological. People suffering from it aren’t making excuses when they say they can’t produce urine for drug testing.

On the other hand, people suffering from anxiety experience dry mouth. For these individuals, producing saliva can be challenging, especially when they need to do it under supervision.

And yes, the fear of saliva is real – and it even has a name – Queunliskanphobia!

People suffering from this are afraid of coming into contact with saliva, even their oral fluid.

Thanks to the movies for showing scenes wherein the antagonist exchanges the protagonist’s urine or saliva sample with someone else’s! Now, some people refuse to take a drug test. What if somebody replaces his clean urine or saliva with diluted or fake urine?

These are just some instances when people might refuse a random drug test. However, this does not mean they can decline outright, especially if a company has a drug testing policy in place. Otherwise, their job and unemployment benefits can be at stake.

Want to learn more about drug testing in the workplace? Visit Ovus Medical Blog. We have a load of information you’ll find beneficial. 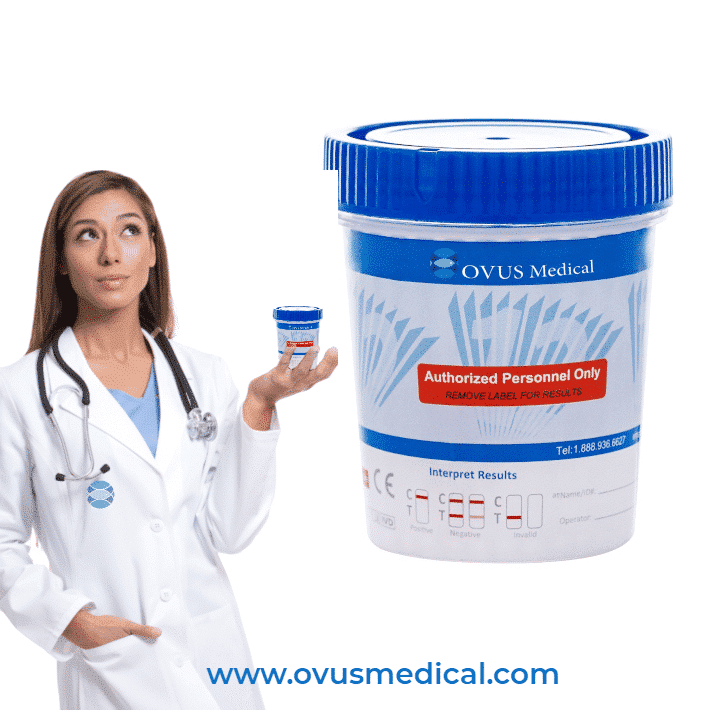