Does Kratom Show Up On a Drug Test? 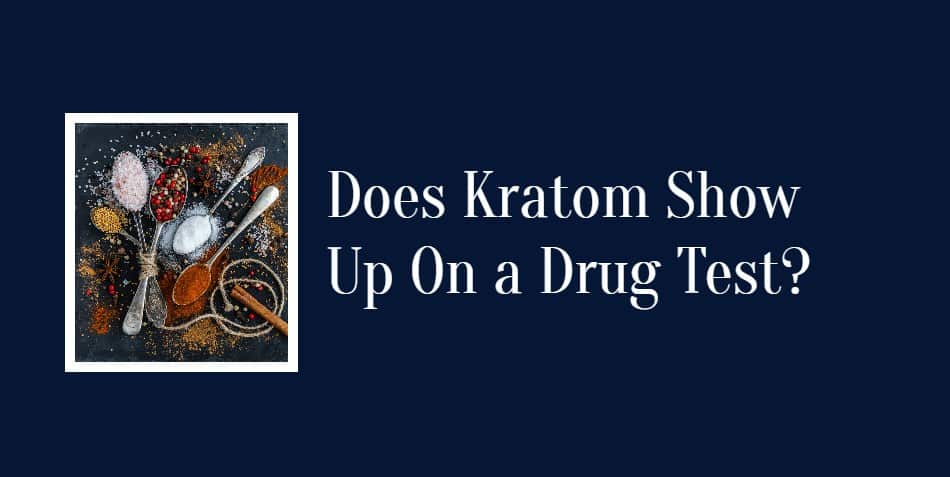 Kratom is a naturally growing plant in Southeast Asian countries and has been long used in the region for its medicinal properties. Farmers and laborers chew on the plant’s leaves or make them into tea. They attest to its benefits, saying it allows them to tolerate the heat when they’re working in the open, alleviates fatigue, and gives them the energy to work longer than normal.

In the United States, kratom started to gain attention only in the 2000s. It’s unclear what’s behind its sudden surge in popularity but experts say the internet has something to do it. Word about this substance traveled faster than before, and because it has not banned by the federal government, it’s easy to find a source and order online.

Check out out Kratom Test Cartridges!

One of the most popular uses of kratom in the US is as a self-prescribed treatment to opioid addiction. Because it induces similar but seemingly more benign effects than hard opioids like heroin, kratom is taken to relieve withdrawal symptoms for a recovering addict.

However, kratom has been found to be addictive, as well, and has the potential to be abused, although studies are mixed as to the degree of that potential. Some researches say the substance has high abuse liability, while others maintain it has to taken regularly in high doses before you develop an addiction to it.

What’s more certain is that kratom overdose poses serious health threats, including seizures, psychosis, coma, and even death. Kratom withdrawal also comes with a number of symptoms, such as nausea, insomnia, mood swings, and diarrhea.

With contradicting conclusions drawn by various studies, and not enough research done for a definitive response about kratom’s use, the FDA has yet to impose a nationwide ban on the buying and distribution of kratom. However, it has tagged by the DEA as a drug of concern and is already illegal in certain states and municipalities. The DoD has also included Kratom on its list of prohibited substances.

Given this, someone who has taking kratom should check if it allowed where they live. If not, it could included in drug tests, particularly for employment and pre-employment purposes. Which again leads to the question, does kratom show up on a drug test?

How long does kratom stay in the body?

When kratom is ingested, its effects can start to show in about 30 minutes to one hour. These effects last for a few hours, depending on the amount taken. The longest reported duration of a kratom “high” is about 6 hours.

The limited studies on kratom suggest that Mitragynine and 7-hydroxymitragynine, kratom’s key compounds, can stay in the body for about two days. However, the duration affected by various factors, including:

Does kratom show up on drug tests?

If kratom is illegal in your part of the country and you’ve been taking it for medicinal or recreational purposes. Whether or not it shows up in drug tests should be a concern. In addition, even in places where kratom is legal, testing for the substance may allowed if an employee is showing signs of being under the influence.

The good news is, kratom will not revealed in a typical five-panel SAMHSA test. Which detects the most commonly used drugs, including marijuana, opiates, cocaine, amphetamines, and methamphetamines. Other panel tests, including 20-panels, also do not include kratom in the types of drugs to detected.

However, only recently, tests specifically designed to detect kratom have developed, with either blood or urine as samples.

A blood test can detect not only the presence of kratom but its concentration levels, as well. As such, it can tell whether the donor is a frequent or occasional user. But blood cannot retain kratom for a long period and is therefore effective only in detecting recent use.

A Kratom urine test, on the other hand, is valid even after five days of ingestion. It works pretty much the same as other urine drug testing cups. Employing immunoassay technology to detect the presence of mitragynine and hydroxymitragynine in the sample. It can reveal the results in 5 to 10 minutes.