How Long Does Kratom Stay in Your System? 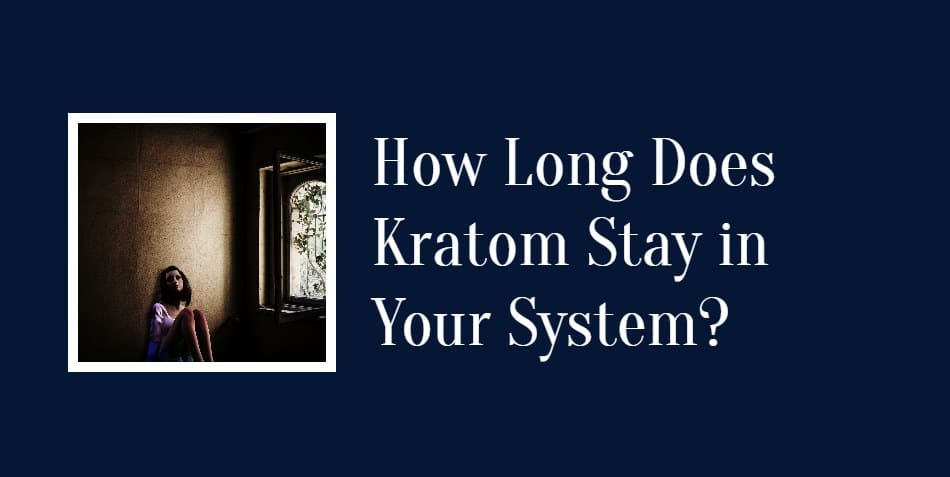 Kratom is a tropical tree that is indigenous to Southeast Asia. It an evergreen used for traditional medicine and other purposes in the region. Laborers chop and dry its leaves and make it into a tea. Users swear by kratom to combat fatigue and to aid withdrawal from substance abuse. Its stimulant- and opiate-like properties can both energize and uplift, as well as induce drowsiness. Today, it is gaining attention due to two factors: its users’ benefits and some states’ regulation due to its yet-incomplete proofs of efficacy.

Who uses it, and how long does kratom stay in your system? We tackle those questions here.

Check out our Kratom testing cartridges.

How Long Does Kratom Stay in Your System?

People in the East consider kratom to be a cure for a wide range of illnesses, including cough, diarrhea, and opiate withdrawal. In the United States, it has seen an uptick in use in self-treating chronic pain conditions and those who want alternatives to prescription medications.

It is also believed to be beneficial by people who use it to manage their mental illnesses, such as depression. According to Veltri and Grundmann (2019), this American population of users is typically middle-aged, middle-income has private health insurance, and has completed some college. The American Kratom Association estimates its number of users to be around 1 million.

Does Kratom show up on a drug test?

Kratom is available in many product forms in the US. They come as capsules, tablets, concentrated extracts, and even raw leaves. One of its main ingredients, Mitragynine, is a type of alkaloid that stimulates the brain’s stimulating effects, like an opioid. At low doses, it helps combat fatigue; at high doses, it can help reduce or manage pain and mimic opioid-like effects for those on opioid withdrawal. It is touted as a “legal high,” as it is legal in one form or another in all but six states: Alabama, Arkansas, Indiana, Rhode Island, Vermont, and Wisconsin. In states where it legal to anyone over 18, it is restricted or completely banned in certain local jurisdictions and for certain uses.

Those interested in using kratom have to contend with one important question: How long does kratom stay in your system? Taking kratom typically produces effects within 10 to 15 minutes. In small doses (about four to five grams), the effects can last up to two hours; in large doses (about seven to eight grams), the effects can last eight hours. The effects are heightened when kratom is taken on an empty stomach. Peak effects can expected around an hour-and-a-half to two-and-a-half hours after it taken.

So when the effects fade, does that mean that it is out of the system? Not quite. While research on kratom’s half-life needs to be more comprehensive, currently available studies suggest that its main ingredient, mitragynine has a half-life of about 23.24 hours. So, how long does kratom stay in your system? It takes the body around a full day to clear half of its kratom content.

The rate with which kratom can fully eliminated may also depend on individual history of use. For those who use it less frequently or at lower doses, the body clears it more quickly. For habitual users or people who use it at higher doses, the body requires at least five and a half days to completely clear it out of the system.

On top of that, several factors can affect the rate of elimination of the substance from the body. These are:

Additional research suggests that kratom alkaloids half-life may vary. Its fastest studied half-life is at around seven-plus hours, which marks its full elimination from the body at 1.6 days. Other studies say that some forms have longer half-lives, which pegs full elimination at about 9 days.

Does it show up in a drug test? In the next article in this blog series, we will discuss that. Stay updated by visiting the Ovus Medical Blog.