Mobile Drug Testing: What It Is and How It Works 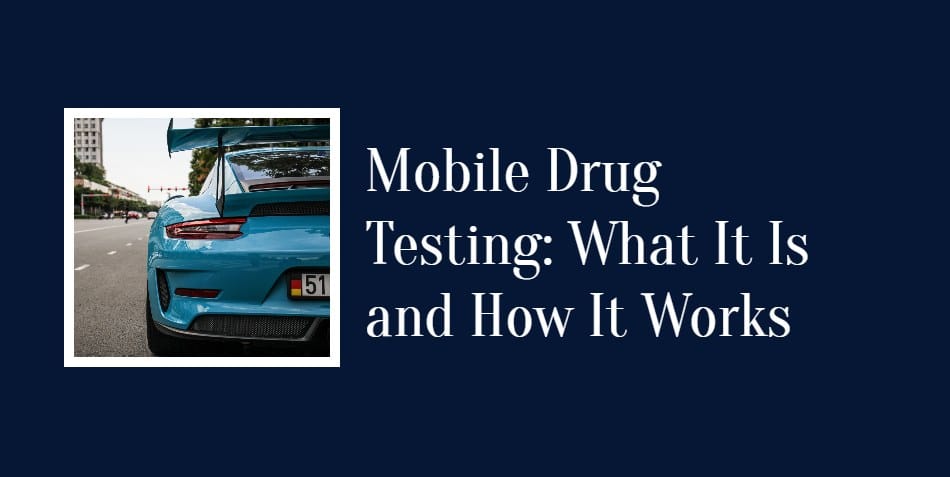 Authorities use Mobile Drug Testing (MDT) or Roadside Drug Testing to gauge if a person is Driving Under the Influence (DUI) of illicit drugs. A police officer hands the suspected driver a mouth swab for preliminary testing. He can complete the test in just a matter of minutes.

When we hear DUI, our most common thought is a person driving under the influence of alcohol. However, according to the National Institute on Drug Abuse (NIDA), “Along with marijuana, prescription drugs are also commonly linked to drugged driving crashes. In 2016, 19.7 percent of drivers who drove while under the influence tested positive for some type of opioid.”

So what are the benefits of a roadside drug test? 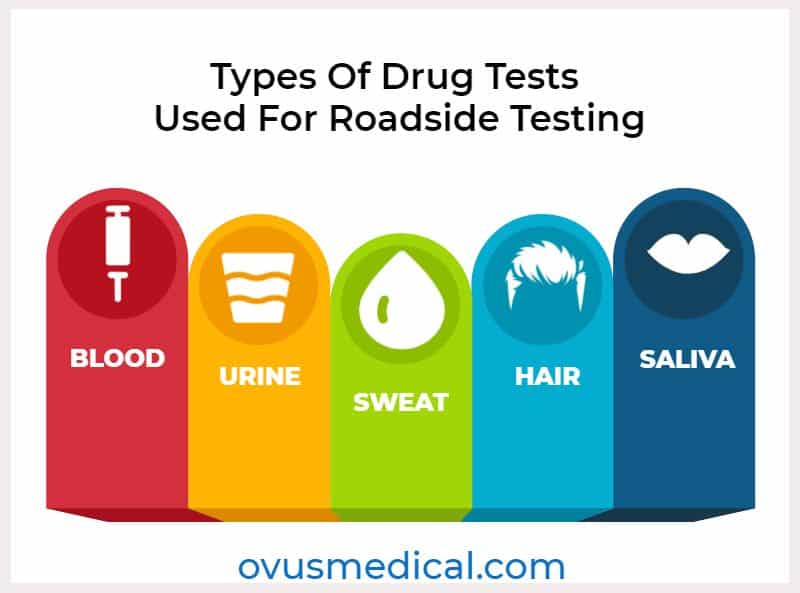 It can save lives

Drunk and drugged driving typically lead to life-long and even fatal consequences, not only to the drivers and their passengers but also to the people who end up as collateral damages.

Before the advent of roadside drug testing, police officers had no way to determine if an individual is under drugs’ influence. Today, they can stop an individual if they suspect him of drugged driving. One less drugged driver on the road, after all, can save a lot of lives.

It can save properties

Business owners use the services of truck drivers to deliver their products or services. However, some truck drivers, due to long hours on the road, take amphetamines or other stimulants to keep them awake.

Unfortunately, stimulants can cause drivers to be more aggressive, reckless, and sometimes, even fearless. This has led to accidents that damaged properties. The truck and its contents, more often than not, are ruined. Sometimes, the damages are even beyond repair.

It can deter drug use before hitting the road

Drugged driving is punishable by law. Even refusing to take a drug test is. That’s why more and more people refrain using drugs when they know they have to drive home. Others seek the help of friends to drive them home. Why? Because they’d rather not be apprehended for drugged driving as this will cost them time and money.

What types of drug tests are used for roadside testing?

There are five types of drug tests:

However, for its convenience, speed, and portability, most roadside officers use the saliva drug test. It doesn’t require the person involved to use a restroom. The test can be done right where he is.

It fits an officer’s pocket perfectly, so he can hand it to the suspected driver immediately. And since it only takes a few minutes to perform the test, both driver and officer can get the result in no time at all. 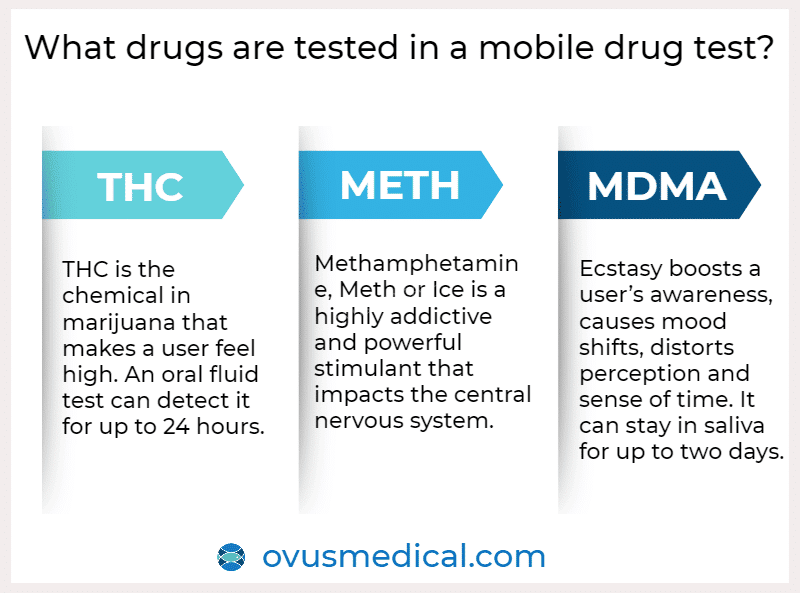 What drugs are tested in a mobile drug test?

A roadside drug test can detect the following substances:

Mobile drug testing can help save lives and properties. It can even help deter drugged driving.

If you want to know more about topics related to drugs and drug testing, visit the Ovus Medical Blog. We have plenty of resources you can find beneficial. Click Here to shop Ovus Medical Drug Testing Supplies 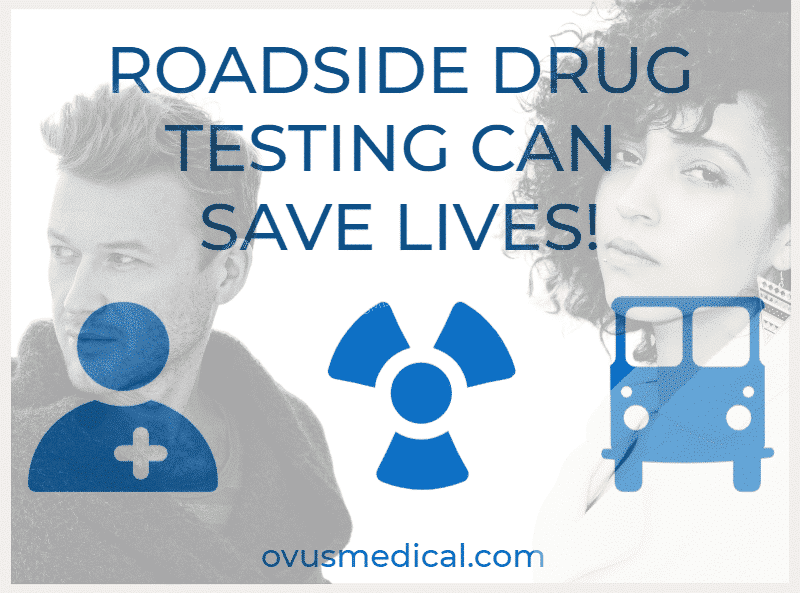