The Sinclair Method: An Overview 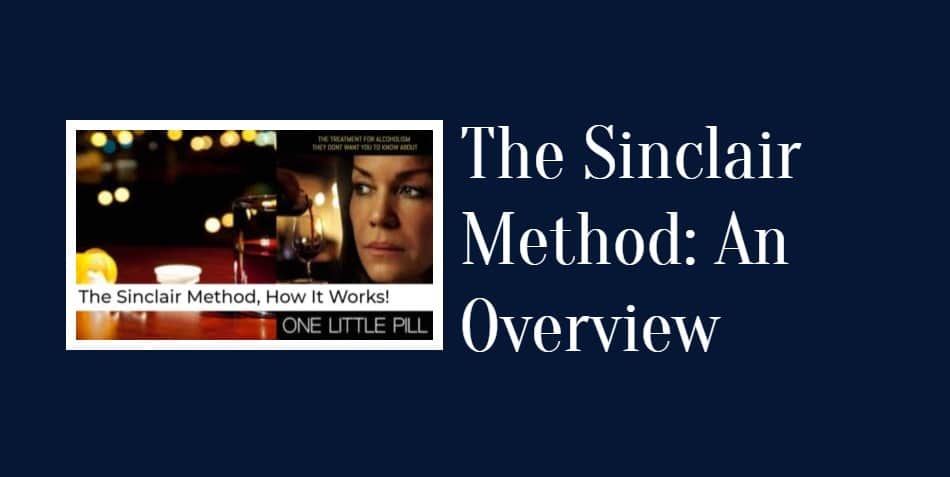 With all the hype about drug abuse and what the government is doing to curb the traffic of illegal drugs. It is ironic that the biggest drug abuse crisis in America involves substances. That can legally buy at any mini mart or convenience store. Alcohol is the most used and abused drug in the country. With an estimated 30 percent of adults having abused alcohol. Even suffered from alcoholism at some time in their lives.

Anyone of legal age can buy and drink alcohol without running afoul of the law. Drinking only becomes a legal issue. When people in road accidents found to driving under the influence of this drug. The more dismal fact about this over looked epidemic is that only a few people have received any kind of treatment.

Should alcoholism be dealt with as a disease?

The good news is that treatment is available for alcohol use disorder. This condition is not what describes people who just have too much fun with drunken friends. But actually a brain disease characterized by not being able to control how much one drinks. This becomes a problem when the person has difficult managing his or her emotions even when not intoxicated.

Many of the approaches employed in helping people kick the drinking habit focused on behavior modification. Through counseling, taking charge of one’s own life, developing willpower, and other types of psychological intervention. These methods regarded as inadequate because use of alcohol causes changes in the persons brain that make it physiologically difficult to just quit. The hard and fast fact is that the chemical disorder in one’s brain. That results in uncontrollable craving for alcohol drinks can only treated with a chemical strategy.

How is this disease best treated?

A highly effective approach that has met remarkable success is The Sinclair Method or TSM. This uses a treatment strategy called pharmacological extinction which uses a drug to transform one’s habit-forming behavior into habit-erasing behavior. The opioid antagonist used in the treatment is administered over a period of time to reduce the patient’s craving for alcohol to its pre-addiction state.

This seemingly revolutionary treatment method uses the opiate blocker naltrexone to address the addiction in an entirely different way. While this drug is traditionally prescribed only for patients. Who have already stopped drinking, the Sinclair Method requires the patient to continue drinking. Taking the medication an hour prior to drinking any alcoholic beverage.

This radical strategy aims to alter the usual pleasurable experience the patient has while drinking, causing it to be unsatisfying and no longer gratifying. The drug accomplishes this by blocking the expected release of endorphins in the brain when the patient has an alcoholic drink an hour after taking the drug. This results in the patient “unlearning” the experience of drinking being fun and pleasurable. Alcoholism is, after all, a learned behavior and not an innate trait.

Rather than aiming for instantaneously drastic results, the treatment regimen sustained for several weeks to allow the patient to gradually become reprogrammed and lose the urge to overindulge when having some drinks. The method does not, in fact, require the patient to quit “cold turkey” as is usually required by other alcoholism treatments and advocated by social support groups like the much-celebrated Alcoholics Anonymous.

The Sinclair Method acknowledges the cold hard truth that the patient suffering from alcohol use disorder is dealing with a serious physiological issue. He cannot stop drinking simply by becoming motivate enough to take control of his life and shun alcohol altogether. In fact, a patient who has successfully treated with this method can simply reintegrate into society as a social drinker and not need to become a teetotaler. In this condition, there is no backsliding into alcohol abuse because the process of cured of it is slow and seamless. It has whimsically described as “drinking yourself sober.”

Employing naltrexone through TSM causes extinction of the urge to overindulge because the reinforcement enjoyed by the drinker while taking alcohol becomes less over time. This is due to the endorphin block action of the drug when it taken an hour before drinking. Inevitably, the association of drinking alcohol with enjoying pleasurable feelings diminished to a point that the urge gone together.

This approach is rather similar to the process in which Russian physiologist Ivan Pavlov caused his test dogs to lose their association of the bell with a food reward simply with holding the food reward for several test sessions. Doctor David Sinclair who developed TSM admittedly inspired by Pavlov’s work in conditioned response.

The Sinclair Method: Does it work?

Patients aiming to rid themselves of alcohol dependency through TSM report an impressive success rate of 80 percent. Half of these patients stop drinking entirely. While the other half lose the urge to drink excessively and are able, instead, to drink social without fear.

Dr. Sinclair notes that naltrexone previously unpopular because it used incorrect. Rather than making patients take the drug as a daily maintain dose as recommended by the Food and Drug Administration. Dr Sinclair prescribes its use only on days. When the patient expects to be drinking alcohol, specifically an hour prior to drinking.

In this treatment, the naltrexone needs to interact with actual drinking behavior to produce the desired effect. The patient required to actually drink alcoholic goods. If he is to experience the decreasing pleasure in drinking that TSM aims to accomplish. Abstaining from drink, as the FDA indicated use of naltrexone states, will only increase the irrepressible craving for alcohol, Dr Sinclair points out.

The success of Dr Sinclair’s method is highly praised by Dr. Roy Eskapa in his landmark book, The Cure for Alcoholism. Eskapa concurs with the TSM approach, noting how the use of the already available drug fosters greater therapeutic success.

The Sinclair Method is not an off the shelf product or clever life hack. But a serious therapeutic strategy that must administered and supervised by one’s doctor. Find out more about TSM by reading the forthcoming article in the Ovus Medical Blog, which will feature a real-life Sinclair Method and naltrexone user who will share his insights and experience using it and how it has cured him of his alcoholism.