Why Is Fentanyl So Dangerous? 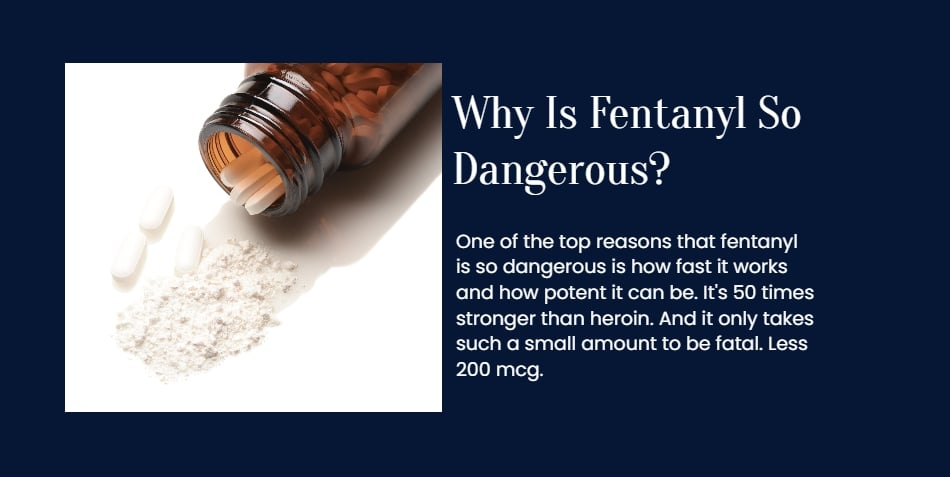 One of the top reasons that fentanyl is so dangerous is how fast it works and how potent it can be. It’s 50 times stronger than heroin. And it only takes such a small amount to be fatal. Less 200 micrograms. About the size of a grain of salt.

Its speed and potency are part of what makes it so addictive. People who have started using fentanyl in combination with other drugs are unable to “go back” to standard drug use. 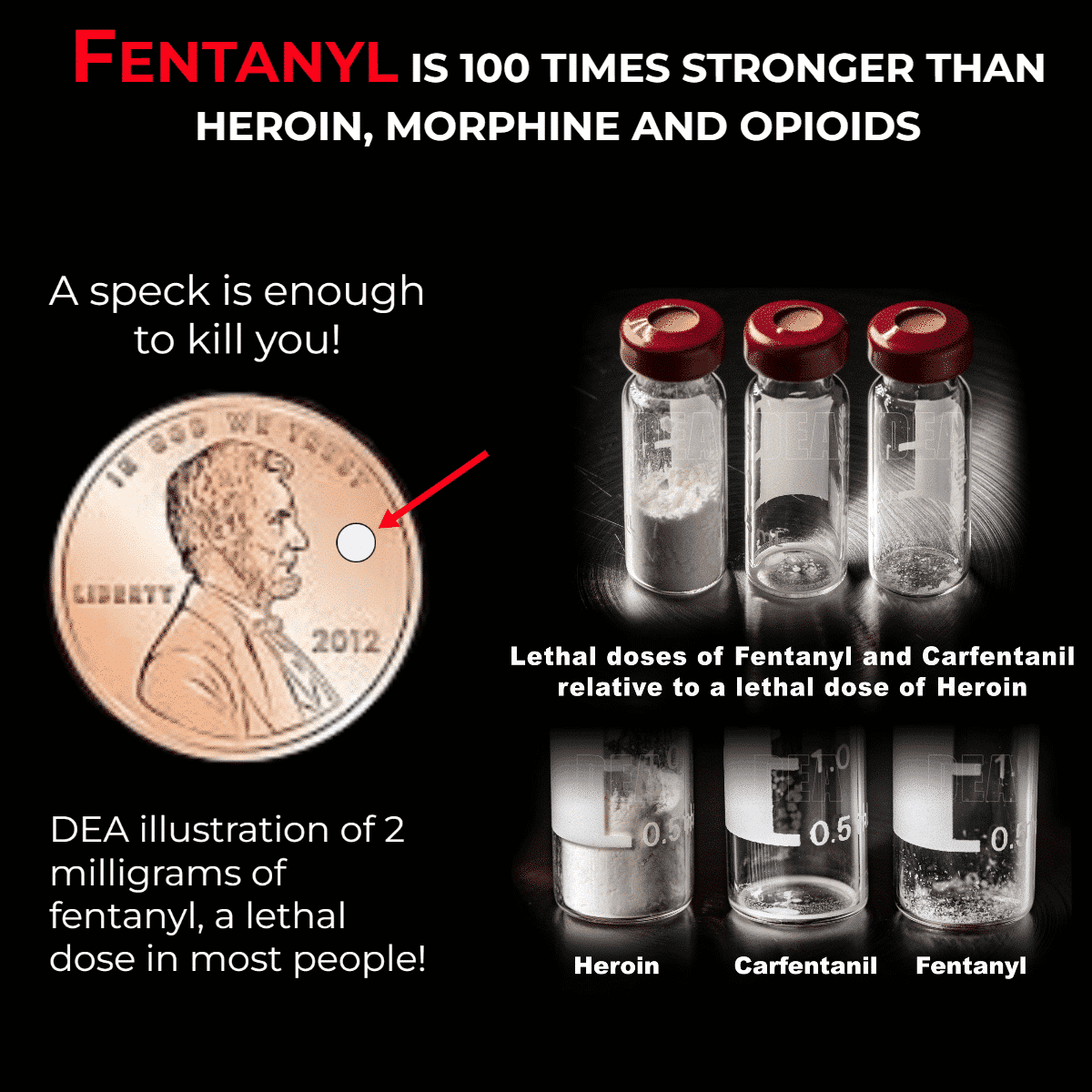 Many people who consume fentanyl have no idea that they’re consuming it until it’s too late.

Compared to other drugs, fentanyl is cheap. It’s not uncommon for other drugs (heroin and cocaine, for example) to be cut with fentanyl so drug dealers can save money and provide a more addictive substance.

If the substance is cheaper and more addictive, people will come back for more and the drug dealer will make a larger profit.  There’s no way for these people to know how much fentanyl they’re consuming. A normal dose of other drugs can be a fatal dose of fentanyl.

The Effects of Fentanyl

Effects of fentanyl, like the effects of all other opioids, are helpful when it comes to pain relief. When it comes to recreational use, however, they become dangerous quickly.

When someone isn’t being monitored, they may not identify the dangerous side effects of fentanyl use or the symptoms of an overdose.

Often, when people take fentanyl, it causes feelings of euphoria at first. Because fentanyl tolerance develops quickly, it doesn’t take many fentanyl uses before someone requires more of the drug to achieve the desired effects.

Fentanyl withdrawal sets in more quickly as someone grows more tolerant to the drug.

It takes a much smaller dose of fentanyl to overdose than other opioid drugs. Fentanyl overdose is also harder to treat because it may require several doses of naloxone instead of just one. People who carry naloxone to handle overdoses may not be able to save someone who’s experiencing a fentanyl overdose.

Testing one’s own drugs for the presence of Fentanyl

Drug testing one’s own drugs for Fentanyl is paramount to safety. Testing heroin, opioids and other drugs can save lives. 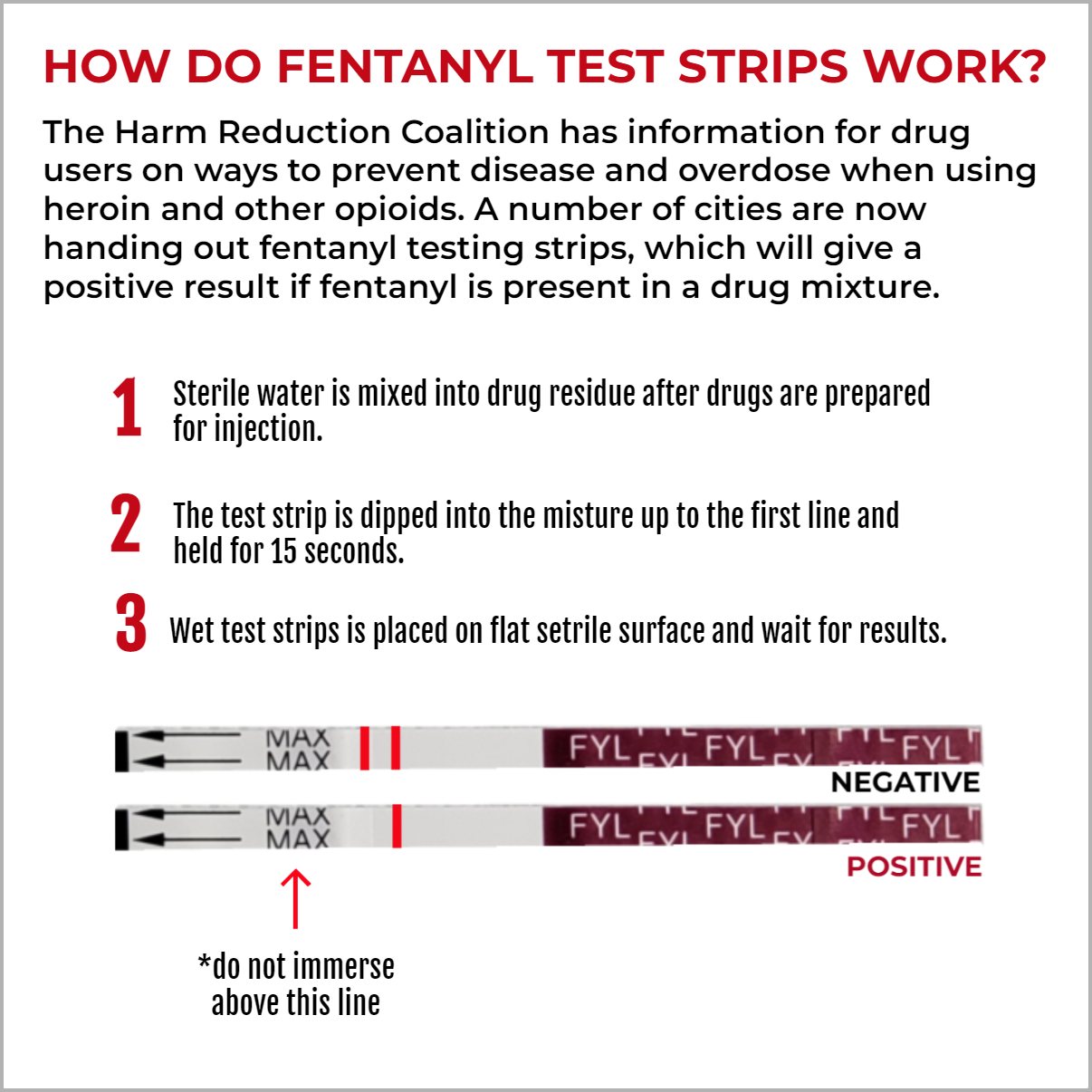 Fentanyl Use Is Deadly

Fentanyl use is far more dangerous than using other types of recreational drugs. Because it’s often unintentional, it’s not uncommon for people to get hooked who don’t ever intend on using fentanyl (or opioids in general). 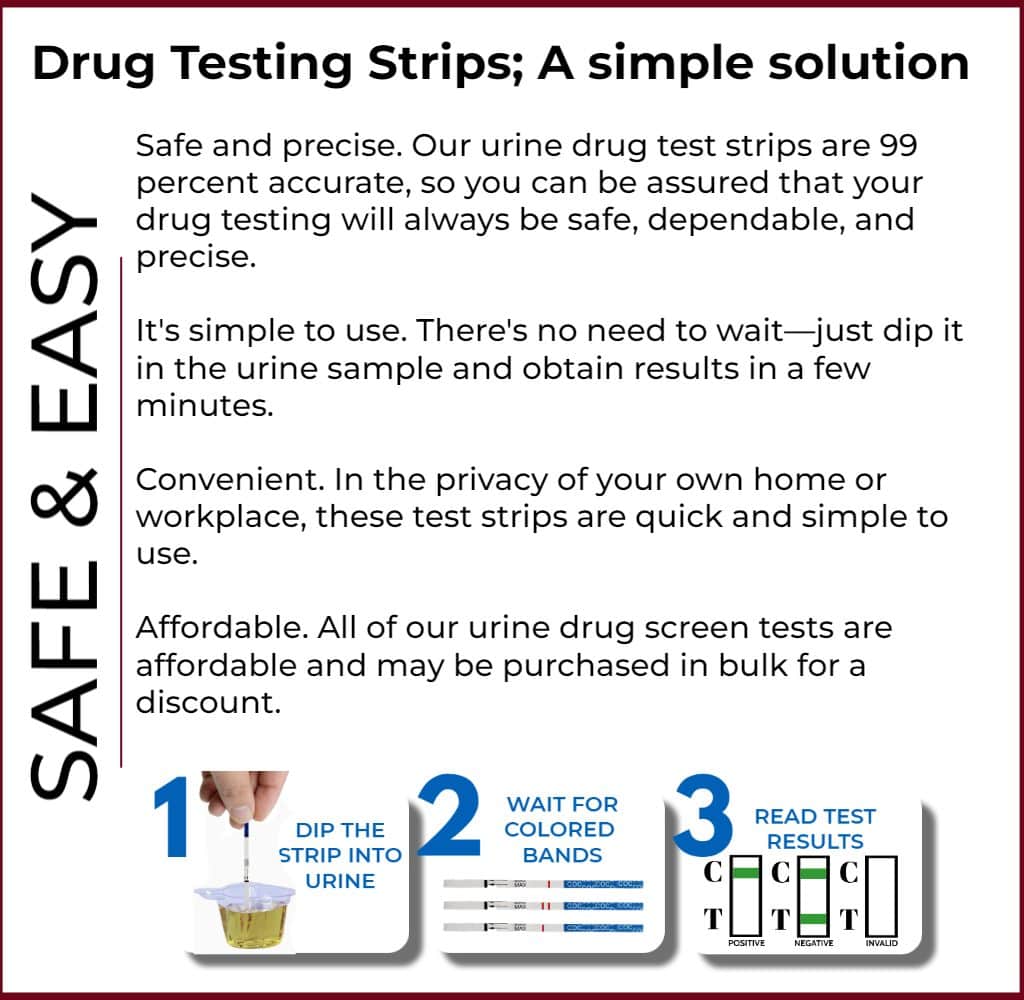 Fentanyl (IMF) is illegally made and sold in a variety of forms, including liquid and powder.
The fentanyl powder resembles a variety of different medicines. It’s sometimes combined with other substances like heroin, cocaine, and methamphetamine and packaged into tablets that look like prescription painkillers. Drugs laced with fentanyl are exceedingly hazardous, and many people are unaware that their medications include fentanyl. IMF is available in liquid form as nasal sprays, eye drops, and drops on paper or little candies.

The most common medications involved in overdose deaths are fentanyl and other synthetic opioids. It can be fatal in even small dosages. Every day, approximately 150 individuals die from overdoses caused by synthetic opioids like fentanyl.

Fentanyl levels in drugs may be lethal, and you wouldn’t be able to see, taste, or smell it. Unless you test your medicines using fentanyl test strips, it’s practically hard to detect if they’ve been laced with fentanyl.

Test strips are cheap and usually provide results in within 5 minutes, which might be the difference between life and death. Even if the test comes back negative, be cautious because test strips may miss more potent fentanyl-like compounds such as carfentanil.

Are you looking for fentanyl testing (or other illicit drug testing)? At Ovus Medical, we have what you need.
Check out our supply of testing strips.