How to Prevent Drug Use in the Workplace 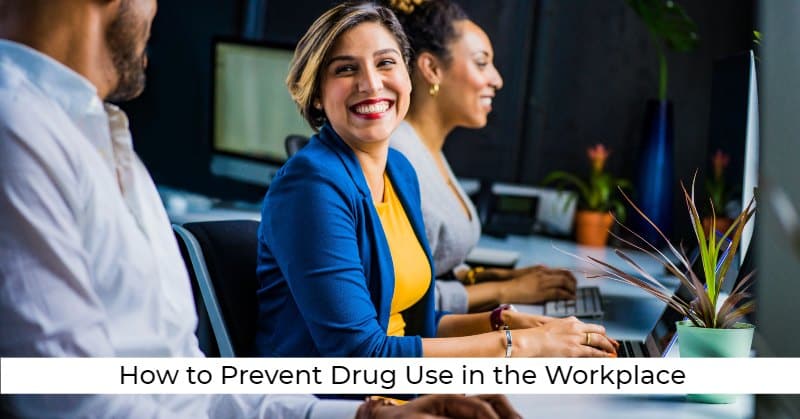 Company owners, drug treatment facility proprietors, and medical professionals desire to reduce or eliminate drug use in the workplace. This is not merely to comply with the law, but to improve productivity and overall prosperity for the company. Prosperity, in this case, means much more than just having more money in the bank. It also means better lives for the most valuable asset of any organization which is its people.

Companies that do not have problems with drug use in the workplace experience fewer errors and accidents. Such errors could lead to physical harm, work stoppage, or unprecedented expense to cover possible damage. The use of illegal substances on the job site is correlated with an increase in tardiness, absenteeism, and turnover of employees.

Among the reasons the government deems such drugs as illegal is because of the dangers their use can pose to public safety. The use of illegal drugs is also associated with increased criminality. This is not only because of the traffic of these illegal substances themselves, but because there are any number of violent and criminal incidents perpetrated by people under the influence of illegal drugs. These are problems that companies prefer not to have, such as theft, murder, and rape. Thus, many corporations take valuable steps towards addressing the issues of drug use in the workplace.

Drug Use in the Workplace: How to Prevent It

The first and most vital measure any organization should take to ensure a drug-free job site is to make its anti-drug policies clear. Having such policies is perfectly legal and not at all regarded as discriminatory. They allow for a company to refuse to employ job applicants who are found to be using or abusing prohibited drugs.

Pre-employment drug screening is a common practice in most organizations, including the government. It is simpler to weed out potential employees who use drugs before they even become part of the company’s workforce. It is more difficult to determine when and where drug abuse is taking place on the job site.

However, there are people who inadvertently misuse or abuse controlled substances. These people become vulnerable to the same problems experienced by people who use illegal drugs for recreational purposes. People who are taking prescription medications for pain might decide to increase their doses of these controlled substances when they feel that the drugs are not performing as well as they should. In many cases, this increased dosage could bring the patient beyond the threshold of what is legally regarded as drug abuse. Although these workers did nothing intentionally wrong, they could be in danger or could pose danger to other people and the company itself due to this misuse of pain relief medicine. For this reason, it is often a worthwhile policy to require routine or even random drug testing of one’s employees.

Employees who abuse illegal substances are usually aware that they are suffering from a drug problem and could use a little help. In many cases, a company might find it advantageous to extend assistance to these victims of drug abuse rather than treating them as culprits. Employee assistance programs may be operated in-house or by outsourced services. Such programs go beyond the issue of drug use and addiction. They could help workers address various difficulties like mental and emotional problems. They can even help them deal with the stress of marital, family, and financial problems.

It may be safe to assume that employees generally want to be free of the problems that accompany the use of illegal substances. It makes sense that they would be happier working in drug-free workplaces.

3. Have a reliable drug testing system in place

None of the efforts taken by management to address the ills of drug use in the workplace could be possible if there was no surefire means of testing employees and potential employees for drug use. Fortunately, the healthcare industry has made such testing quick, simple to conduct, and remarkably accurate. Human resource managers no longer need to send their workers to laboratories or drug testing centers to run initial screens for the most commonly abused substances.

Drug testing can be run onsite in a few minutes by any competent official in one’s organization. They can be carried out by simply having test subjects urinate in a multi-panel drug test cup and waiting for the results. These tests are handy, non-invasive, and cost-effective.

Check out Ovus Medical’s website. A variety of suitable drug tests are available for helping your company eliminate drug use in the workplace.

How to properly use drug test cups and strips: Click Here