Buprenorphine Testing Strips: What You need To Know! 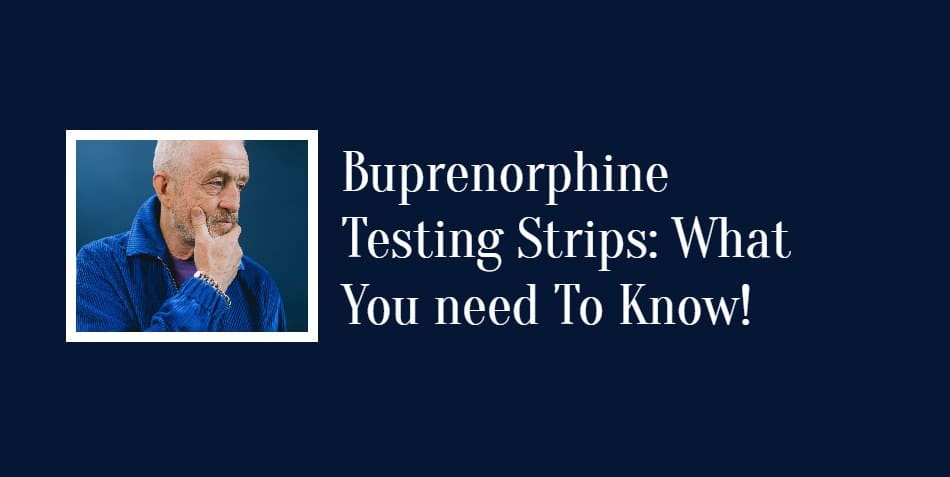 Buprenorphine is an FDA-approved drug for treating opioid addiction. It contains two substances – buprenorphine and naloxone. Buprenorphine, an agonist, binds to and activates certain receptors on cells. Naloxone, on the other hand, reverses the effects brought about by opioids.

In rehab or clinic, a technician uses this urine test strip to determine if he should take his opioid treatment.

There have been instances when a user shares his Buprenorphine supply with others, leaving little to curb his drug cravings. So when his urges resurface, he resorts to using opioids.

On the other hand, overdosage is likely to happen if the user takes more than what is prescribed. This can lead to a dependency on suboxone.

Why do doctors prescribe this drug for treating another drug?

Opioids can destroy lives and kill. But people who want to quit using it find it difficult to do so. It is not only because the drug is highly addictive. Opioid withdrawal can even lead to death due to severe vomiting and diarrhea.

Other symptoms of opioid withdrawal, though less life-threatening, should still be addressed immediately. This is to ensure that the user’s health and well-being won’t be compromised.

Insomnia, for example, when not resolved immediately, can lower a person’s immune system due to sleep deprivation. Muscle pains, if left unresolved, can prevent a person from living a normal life. If left untreated, fever can lead to a variety of health complications that may ultimately lead to death.

According to the American Medical Association (AMA), more than 35 states have “reported increases in opioid-related mortality” since the pandemic began. And the best way to prevent deaths from opioid use is to treat the addiction with buprenorphine.

Can buprenorphine kill? Technically speaking, if a person uses it as prescribed, no, it can’t kill him. But if a child or a non-user takes it accidentally, then their lives may be at risk.

This is why buprenorphine users should keep their opioid medication in a safe place, away from the hands of children.

Here’s how to use a buprenorphine strip to ensure no tampering takes place.

Recent studies show the effectiveness of suboxone for treating opioid addiction. It may seem like your fighting a drug with another drug, but then, it’s the lesser of two evils.

If you or a loved one is using buprenorphine for the treatment of opioid addiction, performing a buprenorphine strip drug testing occasionally is ideal. The same goes for drug treatment facilities and clinics. This will make sure that the person involved is using his medication properly.