How Drug and Alcohol Abuse Affects the System 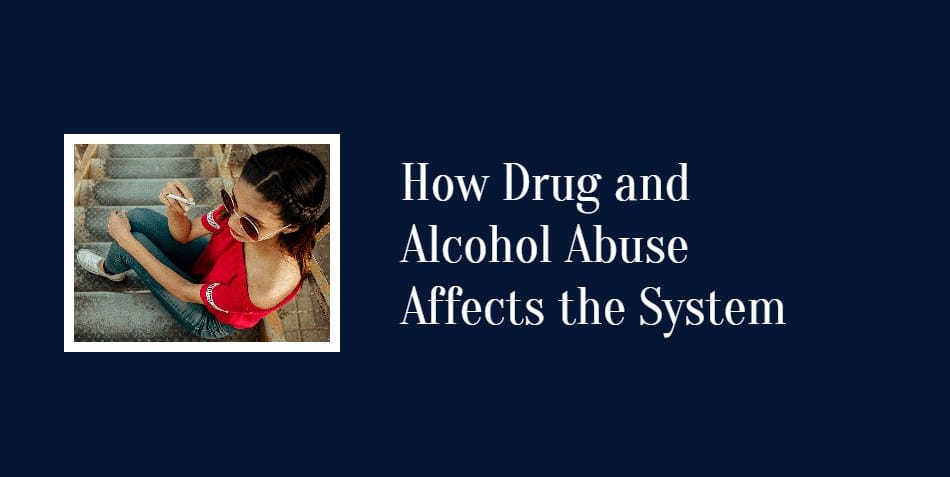 19-year-old Tracy told herself that. She had learned about the effects of drug and alcohol abuse in school. But now her friend and neighbor Sam offered her ecstasy. They had been drinking some tea in her home. The pandemic was really getting on her nerves. She was always very sociable but now felt trapped and alone. Maybe the fancy pink pill can help. She’s healthy, anyway. Surely one pill won’t hurt.

Can just one pill hurt?

The sudden rush of energy, the great feeling she had after taking the pill wowed her. It gave her a unique feeling. She was able to finish a long-overdue project. She even cleaned the house from top to bottom and danced to wild music until she dropped.

Even though she felt tired, drained, and super thirsty the next day, she loved the feeling. It was, after all, something new!

That was three months ago, just a couple of weeks after the first lockdown in their area. The quarantine scared Tracy, who was used to going out all the time. She had always liked to keep busy. She would work eight hours as a secretary. Then after that, she would rush to her next job – a waitress in a small cafe. At night, she and her co-workers would hang out in their favorite diner. They would end up talking until past midnight.

Last week, Tracy was rushed to the hospital due to lung failure. She never made it.

After two days, Tracy wanted the feel-good experience again. After two weeks, Tracy was taking ecstasy every day. When she couldn’t sleep, she’d take a downer. She also tried alcohol and other drugs – weed, ketamine, and amphetamines. Basically, anything that could take away her boredom and fear of loneliness.

Tracy’s case is very common. There are plenty of young and healthy people who die because of drugs. Why? It’s because drug and alcohol abuse affects the different parts of the body because of one way or another.

How Drug and Alcohol Abuse Affect the Different Body Systems

( Ecstasy effect can vary. Ecstasy’s effects on the body may start to be felt within 20 minutes to 1 hour. Some effects may last for approximately 6 hours.)

If you or a loved one suffers from drug or alcohol abuse, don’t hesitate to reach out for help. Visit American Addiction Centers for a complete list of hotlines in the USA.