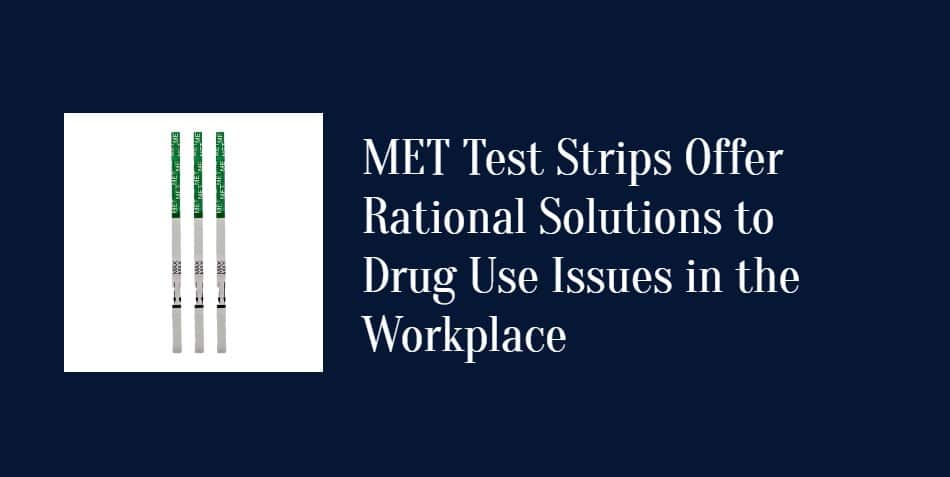 Methamphetamine is often referred to as “America’s most dangerous drug” mainly because of the widespread nature of the substance abuse problems associated with it. Apart from the adverse health effects this drug inflicts on its users, increased criminal activity results from the production, traffic, and clandestine use of this illegal substance. People who use this drug are also more likely to indulge in more reckless and irresponsible acts that can result in harm to other people as well as damage and losses at their job sites. Business owners seek to have a workplace free of methamphetamine use as it also contributes to tardiness, absenteeism, and rapid turnover in a company’s workforce.

Is the problem real?

With the drug widely available throughout the United States, there are an estimated 1.6 million methamphetamine users in the country, the majority of which are actually addicted to the drug. The likelihood of some employees or job applicants in your company being users of this drug is something that should not be dismissed.

How can this be prevented?

Fortunately, the healthcare industry has made the technology for performing such tests available to company owners and human resource managers. Methamphetamine is still detectable in a person’s urine for up to thirteen days after it was ingested, whether through smoking, inhaling, swallowing, or even injecting. Doing a urine test for this drug can now be conducted onsite, thereby eliminating the need to send people to a laboratory or clinic for drug screening.

MET Drug Test Strips: How do these tests work?

The MET drug test strip is carefully removed from its protective packaging and promptly dipped into the sample, being sure not to immerse it beyond the indicated maximum (MAX) line. The MET test strips should be held by the end, where the product name is printed, being careful never to touch the strip membrane. After holding the strip in the urine specimen for ten to fifteen seconds, it should be removed from the urine and placed on a flat, non-absorbent surface.

After five minutes, the test can be read by observing the appearance or absence of colored bands on the MET drug test strip. The strip has two areas where a band could appear: a Control area and a Test area. If no colored band appears in the strip’s Control area, the test is considered invalid and should be repeated. The Test area indicates the presence of methamphetamine in the urine sample if a band fails to appear, and the absence of the drug if a band does appear. These simple steps should be completed within ten minutes to make the test valid.

Check out the online resource pages of Ovus Medical to find the company’s newest drug testing technology for detecting methamphetamine.