Using Fake Urine for Drug Testing: What Are the Risks? 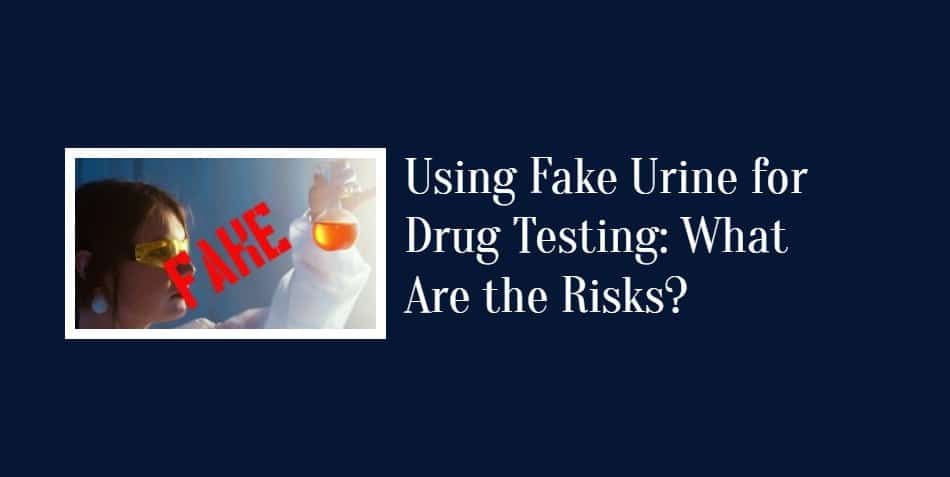 What is fake urine and what are the risks involved in its use?

What is fake urine made of?

According to Synthetic Urine World, fake or synthetic urine is composed of substances that are naturally present in natural urine such as urea, creatinine, uric acid, among others.

There are different brands of fake urine: Quick Fix, UPass, Magnum Detox, Ultra Pure, Agent X and a host of other. Others are powdered or liquid. Both have heating pads and manuals.

Because it has worked for many people, it has become a popular method for cheating urine drug tests, especially in facilities where individuals undergoing testing not observed.

Who are most likely to use fake urine for drug testing?

Falls, toxic chemical exposure, and cuts from sharp objects and tools are common, so anything that impairs their alertness and productivity could be fatal.

But how can fake urine be a source of risk?

Using Fake Urine for Drug Testing: Is It Risky?

It used to be that testing centers had a difficult time distinguishing between real and fake urine. Modern technology and lab equipment can detect synthetic substances in urine.

The rampant use of fake urine for drug testing has alerted authorities; as a consequence, seventeen states are now pushing to ban it, with Alabama next in line.

If a person caught using fake urine for drug testing, this puts him at a great risk of:

Employers know drugs affect workplace safety and productivity. Increasingly, employers require pre-employment and random drug testing. An employee who uses fake urine may be dishonest and untrustworthy. He could even fired.

This can happen if the person uses fake urine for drug testing in any of over a dozen states that now have anti-drug cheating laws. In South Carolina, a first-time offender faces a $5,000 fine or three years in prison. Helping someone cheat a drug test is a Class 1 felony in North Carolina. If a DUI driver involved in an accident and carries a bottle of fake pee, it will questioned.

The use of illegal drugs can be addictive. If a person uses these drugs more frequently because he knows he will pass drug tests with the help of fake urine anyway, his health and wellness may suffer in the long run.

He may overdose, causing physical and mental disabilities or death.

Using fake urine for drug testing is cheating. Prescription medications that may cause false positives must disclosed on the drug test form. The drug test employees will know your condition.

Do you want to know more about urine drug testing and other topics? Visit the Ovus Medical blog. It contains a lot of information on various topics related to drugs and drugs testing.