What Is Tested for in a 12-Panel Drug Test? 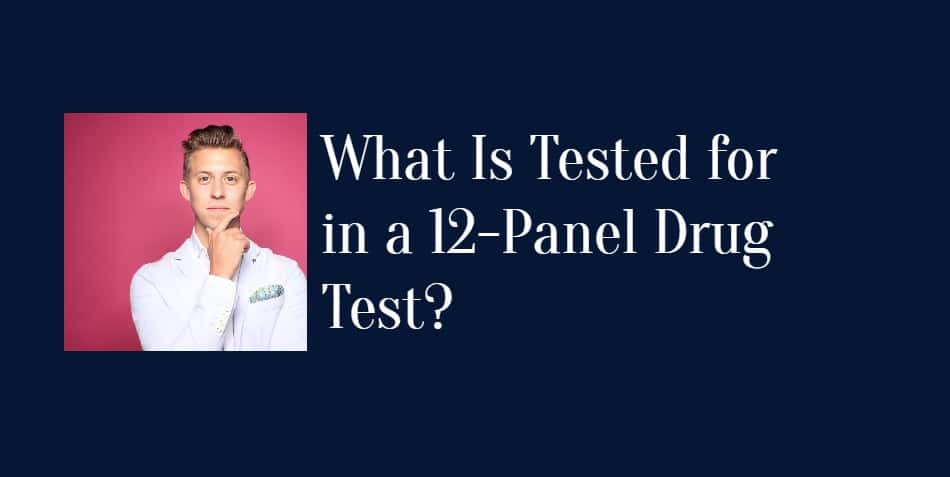 What is tested for in a 12-panel drug test? With as many as 21 million Americans suffering from at least one addiction, and many more using substances recreationally, drug testing has become an important safety measure for any business, clinic, or rehab facility.

Substance misuse is an increasing problem. Not just for the individual, but those closest to them as well. That’s where drug tests come in.

Does Suboxone show up on a 12-panel drug test? What is TCA? How far back can substance use be detected? To discover the answers to these questions and more, keep on reading!

What is Tested for in a 12-Panel Drug Test?

Before placing a 12-panel drug test bulk order, it’s important to understand the different substances you can test for. After all, you want the best drug test for your business or institution, and some substances will be more prevalent than others.

For example, a TCA 12-panel drug test would include Tricyclic Antidepressants (TCA). This is a sub-class of antidepressants. It can be misused as a stress treatment, especially within an office or school environment.

The best at-home 12-panel drug test would include:

Buying multi-panel drug tests in bulk can save you more than $2 per cup, which adds up if you’re buying thousands! 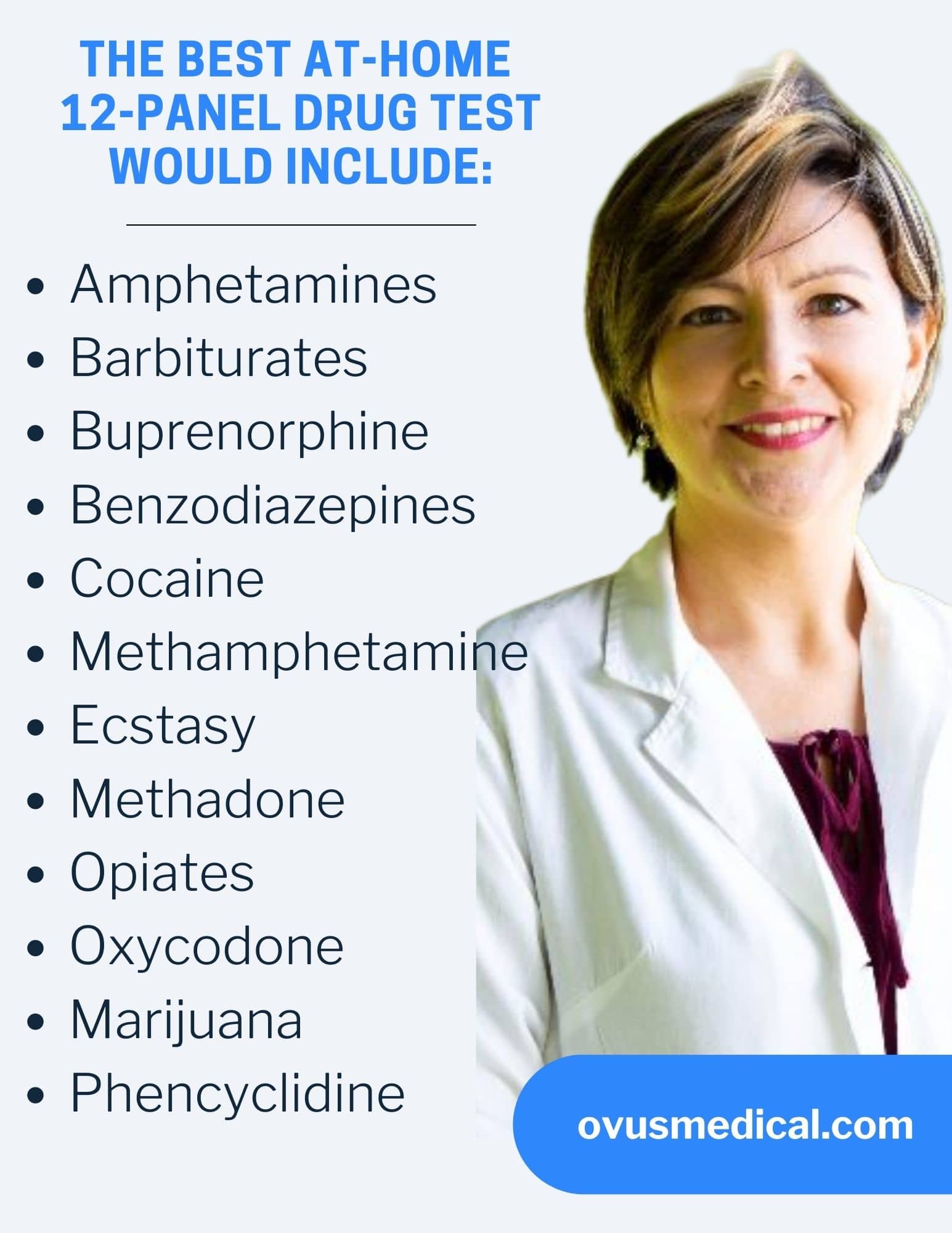 Amphetamines are psychostimulant drugs. They stimulate your central nervous system to speed up the signals traveling between your brain and body. They include substances such as Adderall and Ritalin, which can be prescribed for ADHD but are often misused.

The detection window for amphetamines is usually between 2 and 5 days for a urine test.

Barbiturates are central nervous system depressants. They are the opposite of amphetamines, as they slow the signals between the brain and body. This creates a sedative and anticonvulsant effect, which is often used within therapeutic environments.

Barbiturates can be detected via a urine test up to 5 days after their last use.

Buprenorphine is a partial opioid that doctors can prescribe as a treatment for opioid addiction. Unfortunately, much like the opioids it aims to treat, addicts can use and abuse buprenorphine.

Buprenorphine can come under the brand names Belbuca and Sublocade. It’s also found alongside other medications. For example, Suboxone is a combination of buprenorphine and naloxone.

Does Suboxone show up on a 12-panel drug test? If you’re ordering bulk urine drug tests, you want to ensure it tests for the correct substances. As it contains buprenorphine, it will show up on a drug test up to 2 weeks after its last use.

Benzodiazepines (or “benzos”) are sedatives that slow down the brain’s activity. They are commonly prescribed to treat insomnia, anxiety, and seizures but are frequently sold and abused. They are especially dangerous if mixed with other drugs, such as alcohol.

Their detection window is between 8 hours and three days for saliva and ten days for urine.

What is tested for in a 12-panel drug test, if not cocaine? This drug is a central nervous stimulant that is highly addictive. It produces high levels of dopamine that initially make a person happy but often lead to depression.

Urine tests can still detect cocaine one week after use.

Although considered an amphetamine, methamphetamine (Meth) is structurally different. Therefore, a separate test is sometimes necessary for this substance. Understanding 12-panel urine drug test facts are important before using a kit.

Methamphetamines will still show up in a urine test 5 days after use.

Ecstasy contains MDMA (Methylenedioxymethamphetamine), an “expanded amphetamine.” This party drug is a stimulant that is primarily used for recreational purposes. It’s popular among younger groups, such as students or young adults.

The MDMA detection window is between 8 hours and four days.

Methadone is a synthetic opioid that doctors can prescribe to relieve the symptoms of opioid withdrawal in addicts. It relieves pain by triggering the same receptors as more potent opioids. It appears under the brand names Dolophine or Methadose.

The detection window for methadone is between 3 and 7 days, but an at-home drug test 12-panel instructions booklet will provide more precise information.

Morphine is a powerful, pain-relieving opioid that is incredibly addictive. It can provide intense feelings of euphoria that users describe as being “dreamlike.” Unfortunately, the substance has a high potential for abuse and disrupts the user’s most basic motor skills.

Urine tests can detect morphine up to 3 days after its last use.

Oxycodone is another opioid that is widely used as a pharmaceutical to treat moderate to severe pain, but it’s also abused by those with an opioid use disorder. It’s found in OxyContin and Percocet, which some people take recreationally alongside other substances, such as MDMA.

Oxycodone is detectable in urine for 1 to 3 days after use.

Marijuana is legal in many parts of the United States, which may be why its use has reached a historic high among college-aged adults. But some companies restrict their employees’ use as a safety measure.

When it comes to marijuana, what is tested for in a 12-panel drug test? The answer is THC, the psychoactive component of the drug. It will show up in urine tests 5-10 days after use. For heavy users, this detection window can extend to 30 days or longer.

Phencyclidine (PCP) is a dissociative hallucinogenic substance that causes schizophrenic-like symptoms in users. It creates a profound distortion of a person’s perception of reality, leading to psychological damage, violent behavior, and accidents.

A 12-panel drug test result form will detect PCP between 8 hours and 14 days after use.

So, what is tested for in a 12-panel drug test? Hopefully, we’ve answered this question by exploring the different substances, what they are, and how far back you can test for. Urine drug test cups can provide accurate results in less than 5 minutes.

Do you need more information about our range of products? Click here to contact us today and receive two free sample cups! Bulk orders available.