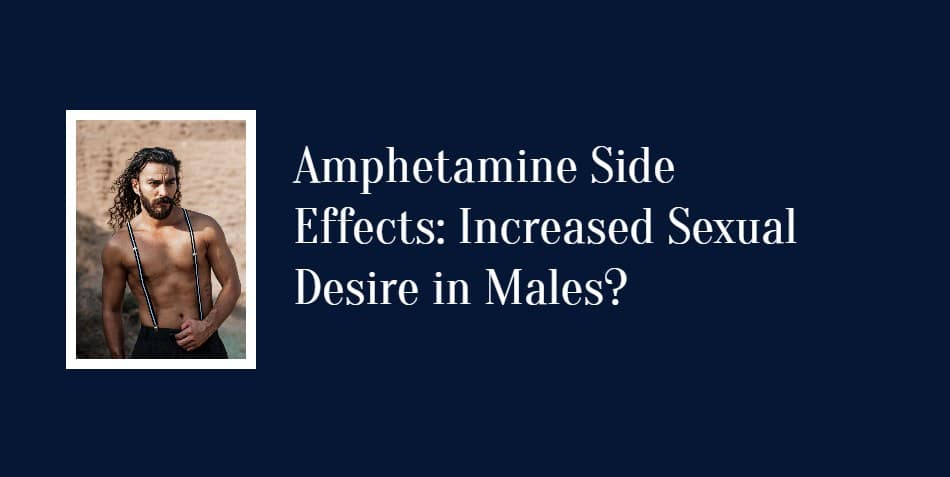 Perhaps one of the reasons why amphetamine is widely popular among illegal substance users is its purported “aphrodisiac” quality. It is said to change libido, especially in males. Is there truth in this? And is an increased sexual desire one of the amphetamine side effects? Read on and find out.

How can amphetamine increase sexual desire?

A study suggests that amphetamine triggers the release of dopamine in men’s brains three times more than in women. That’s like satisfying food or sex cravings thrice. And since amphetamine drug is a stimulant that raises blood pressure and makes the heart beat faster, reflexes and senses are heightened, stamina is increased, and the desire to feel good intensifies.

In another study, it was concluded that amphetamine has a reputation for enhancing sexual experience, which has increased its powers of attraction for both men and women. However, regular use of amphetamines for this purpose can also lead to overmasturbating or channeling that desire to some other activity. Also, the effect of amphetamines on sexual activities also depend on the individual’s cultural, social, and sexual orientation.

Here’s a warning. Men who regularly use amphetamines develop a tolerance for it, making them increase their dosage just to reach their desired “high”. When this happens, addiction to the substance ensues. 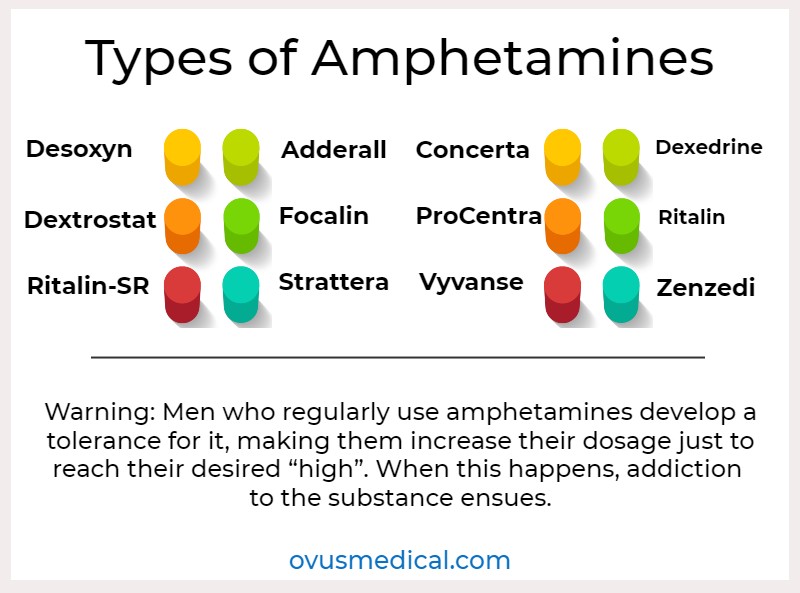 Other Amphetamine Side Effects

How long do amphetamines stay in your system?

The effects of amphetamine can be felt fairly quickly but it stays in the body anywhere from four hours to ninety days, depending on the test used to detect this drug. 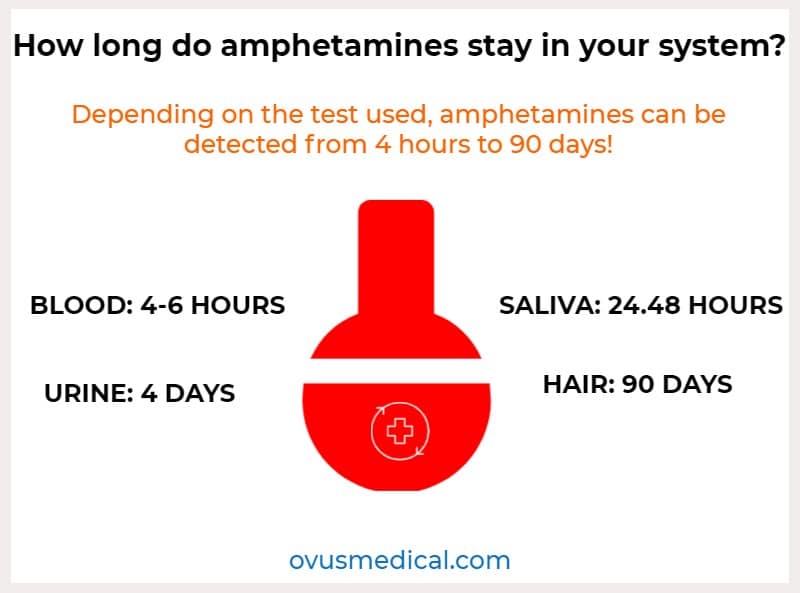 As mentioned earlier, amphetamine has a variety of side effects that may affect a person’s day-t0-day living. How does it affect you?

Used as intended, amphetamines can help change lives for the better. narcoleptics can avoid sleep attacks that may cause harm and injury to themselves and others; and help people with ADHD control their behavior and impulses. Misused or abused, amphetamine has side effects that may threaten lives and properties.

If you need a reliable provider of CLIA-waived, FDA-approved urine drug testing cups, consider Ovus Medical. We have a lineup of products that cater to whatever type of drug testing needs: drug testing at home, in the workplace, rehabs, correctional facilities, among others.