What Are Schedule 1 Drugs? 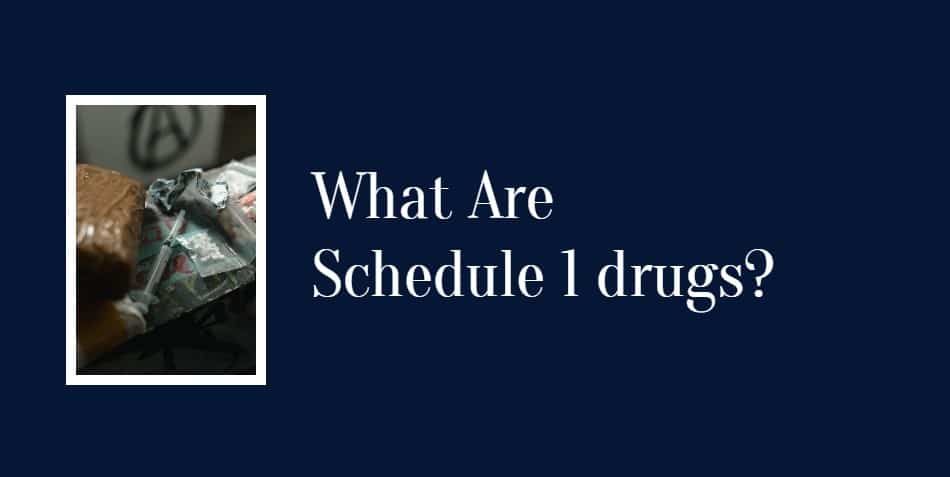 Addressing the problem of drug abuse in America is a high priority task. The Drug Enforcement Administration under the Department of Justice is responsible for implementing drug laws. It is a pretty complex job because enforcers need to understand medical terms and facts. They need to be familiar with illegal drugs and the legal implications of their use.

Indeed, drug enforcement is not as simple as making sure illegal drugs do not exist. Many controlled substances that the law considers as illegal are actually quite legal under different circumstances.  This is because, at times, these drugs are actually beneficial or therapeutic for those who have health problems.

To guide law enforcement agencies in controlling illegal drugs, the United States Controlled Substances Act categorizes controlled substances into distinct classifications. They classify drugs based on two things. The first is the severity of the potential problem of drug abuse with these substances. Second is the value they might also have in the healthcare arena with correct usage.

What are Schedule 1 Drugs?

The more popular Schedule 1 drugs include heroin, LSD, Mescaline or Peyote, and MDMA or “ecstasy.” Gamma-hydroxybutyric acid or GHB and Psilocybin or “magic mushrooms” are also classified as Schedule 1 drugs. Methaqualone or Quaaludes,  Khat or Cathinone, MPPV or “bath salts” and, to some extent, Cannabis or marijuana fall under this category too. Marijuana is now considered legal in some States. Even so, it is still classified by the Drug Enforcement Administration as a Schedule 1 drug.

The DEA list of controlled substances is not very comprehensive, though. A laboratory-made “designer drug” with a similar structure or pharmacological make-up similar to one of the drugs on the Schedule 1 list would likely produce the same effect. Such a drug would have the same potential for abuse, so even if it is not actually cited in the Schedule1 listing, the DEA still considers it illegal. Anyone who abuses the drug would be subject to the same degree of criminal prosecution.

How is their abuse prevented?

It is the government’s responsibility to break up drug syndicates and prevent the traffic of these illegal substances. Even so, private organizations can contribute to the effort by supporting the government’s policies.

Upholding the prohibition of any substance, of course, necessitates some means of detecting them. Corporations do their part in this by ascertaining that none of the personnel they hire are drug users. This can only do this by subjecting job applicants to appropriate drug tests. These tests should detect the presence of drugs that are considered illegal in a specific locale. Individual states may enforce their own listings of Schedule 1 drugs.

Companies need to determine which controlled substances the State regards as illegal. They can then run drug tests to be able to detect these substances. In doing so, these companies keep themselves safe from any legal technicalities arising from drug abuse convictions among their employees. Knowing which drugs to prevent also protects employers from litigation from their employees. Some employees consider testing a violation of their privacy.

How these substances detected?

Business owners no longer need to send test samples to laboratories for drug screening. Handy and accurate single-cup drug test kits are both available and affordable. People undergoing screening will need to urinate into the test cup. They then wait for a prescribed amount of time for the results. Positive or negative test results appear on the individual panels of the cup. Each corresponds to a respective controlled substance.

Of course, it is advisable for these companies to buy drug testing cups only from reputable vendors. Look for companies like Ovus Medical, which carry only the highest quality, most reliable and most accurate products.