What Is a 6 Panel Drug Test? 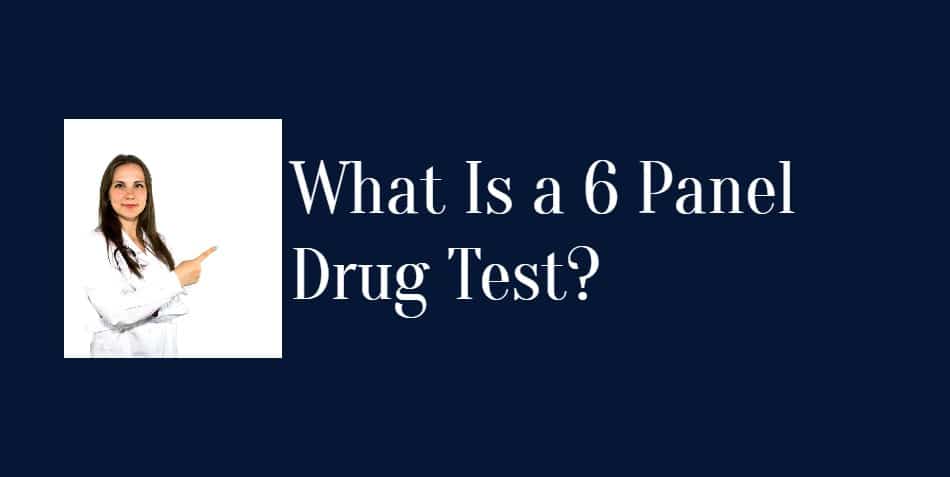 The stress and emotional discomfort caused by the COVID-19 pandemic has driven 13% of Americans to start or increase substance use. With overdoses increasing nationwide at a rate of 18%, there’s no denying the scale of this issue. With that in mind, what is a 6 panel drug test?

Different companies and institutions may use a 6 panel screen test to check for recent substance use. For example, Costco uses saliva drugs tests with new employees and after an accident. At the same time, a drug rehab center may use urine drug tests before starting a patient on a new medication.

How long does it take to get the 6 panel drug test results? Does it test for alcohol use? Can you buy drug tests in bulk? To discover the answers to these questions and more, keep on reading!

What is a 6 Panel Drug Test?

So, what is a 6 panel drug test? Any test that detects 6 different substances is a 6 panel test. Both urine drug tests and saliva drugs tests can have 6 panels.

But what does a 6 panel drug test actually test for? This varies depending on the specific test. In this case, the substances include:

If the 6 panel drug screen test doesn’t cover enough substances, larger tests are available. For example, the 16-panel drug test. You can purchase drug tests in bulk to save money on larger orders!

Who Uses These Tests?

Is an at-home drug test 6 panel analysis the best drug test available? If you’re looking for fast and accurate results, the 6 panel drug screen test may be the right choice for you. The institutions that use these tests can include:

A urine or saliva test is useful in any situation where it’s important to detect any recent substance use.

You may be wondering why this test focuses on such a small number of substances. Within certain environments, only specific drugs are problematic. For example, a drug rehab center may need to test for some of the most addictive and damaging drugs.

You may know phencyclidine as PCP. It’s a dissociative hallucinogenic that can completely distort an individual’s perception of reality. Descriptions of its effects are comparable to the experiences of schizophrenics.

This detachment from reality can lead to intense confusion, delusion, psychological trauma, and fear. It’s not uncommon for PCP to cause violent behavior as well.

The 6 panel drug test results will detect PCP use up to 14 days after use.

Opioids (a synthetic or partly synthetic opiate) were responsible for over 70% of drug overdose deaths in 2019. Opiates are natural compounds found in the opium poppy plant that bind to the opioid receptors in the human brain.

Morphine is the primary example of an opiate. Codeine and heroin are manufactured from morphine using a process called methylation. These substances are powerful painkillers that can produce intense euphoria.

Most opiates are only detectable in urine or saliva tests for up to 3 days.

Amphetamines include pharmaceutical and illicit substances, such as Adderall, Ritalin, and meth. The latter is short for methamphetamine, which despite being an amphetamine, has a different structure to the other two examples.

Psychostimulant substances speed up central nervous system activity, allowing signals between the brain and body to happen much faster.

Amphetamines can be beneficial to individuals with ADHD, but they can be misused by others to increase concentration levels and improve problem-solving abilities. College students may misuse these substances to enhance their studying capabilities.

The detection window for amphetamines can vary, but a 6 panel urine drug test will usually detect most amphetamines up to 5 days after use.

Cocaine overdose deaths increased by 26.5% between 2019 and 2020. And what is a 6 panel drug test if not a way of checking for recent cocaine use? Use of this substance can be purely recreational or intended to increase concentration or energy.

Some people refer to these substances as “benzos.” Like many other substances, a doctor may prescribe benzodiazepines for genuine medical issues, such as anxiety or insomnia. But it’s not uncommon to find them at parties as a method of “coming down” from a substance high.

Annual benzodiazepine overdose deaths have increased from 1,000 in 1999 to over 11,000 in 2017. The rate at which medical professionals prescribe benzodiazepines has also been increasing at an alarming rate.

Marijuana use can be particularly problematic in the workplace. But it also poses a problem at rehab facilities, where it can trigger a relapse. Not all marijuana is psychoactive, and so it’s important that any 6 panel urine test only detects the psychoactive component: THC.

The detection window for THC varies drastically between users, depending on metabolism, usage, and the strength of the marijuana. Generally, saliva tests will only detect THC for up to 24 hours. For urine tests, the detection window can range from 5 days to 30 days.

Can I Test for Alcohol?

One final question you may be asking is: Does a 6 Panel Test for Alcohol? This 6 panel test doesn’t include alcohol, but it’s possible to purchase other testing products that do.

Alcohol testing strips are one example. These are cheaper than a multi-panel test, making them a better alternative if you only need to test for alcohol. For example, if you suspect somebody is under the influence.

Another option is to choose a larger multi-panel test, such as a 14-panel drug test. This includes an alcohol test that can indicate blood-alcohol levels.

What is a 6 panel drug test? Hopefully, you now have an answer to this question. A 6 panel test detects substances that pose a particular threat to an individual, including opiates, amphetamines, cocaine, and PCP.

Do you need more information about our range of products? Click here to contact us today and receive 2 free sample cups!