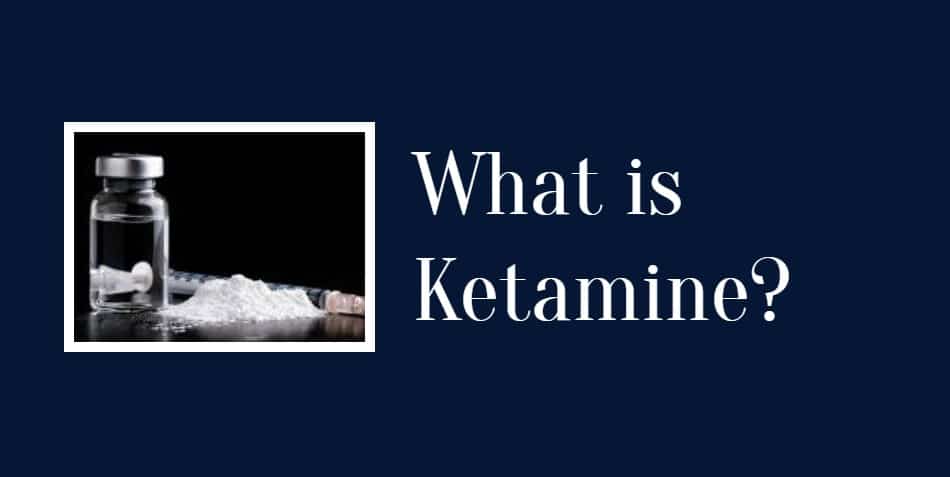 The Drug Enforcement Agency monitors illegal substances. But legitimate products developed and manufactured by the pharmaceutical industry pose more dangers. This is the case for the anesthetic medication ketamine.

This is a drug that enjoys a long history of success in medical applications. It is often used for surgical procedures. Still, it is one of the drugs that law enforcement monitors due to its history of abuse and illicit use.

What is ketamine used for?

Ketamine has many uses in both humans and animals. Hospitals use it as an anesthetic or as a medication to make patients sleep and feel no pain during surgical procedures. It was first developed in the 1960s for use during the Vietnam War. Military surgeons found it effective and relatively safe.

It did not place surgical patients at risk. It caused breathing to slow down when they were asleep during surgery. Since it does not cause the blood pressure to drop to dangerous levels, many consider ketamine safe to use.

This drug has proven value in the emergency medical setting. Ket is often the first anesthetic given to patients in distress. It helps stabilize and calm patients down without causing any other dangerous events. As a result, events such as cardiovascular problems or asthma and difficulty in breathing are less often seen.

It is able to ease breathing. It can also relieve burn pain in adults and children. This includes changing wound dressings — which can often be very painful and traumatic.

In the battlefield, ketamine is most valuable in cases where patients need intubation. Ketamine is the go-to anesthetic in such cases.

Medics give trapped combat personnel the drug while awaiting rescue. KET allows for less pain during the extraction of the wounded from downed vehicles or collapsed buildings. It allows rescue workers to have an easier time extracting them and bringing them to safety prior to giving them necessary medical attention.

The drug has many other uses. It can bring about sleep and relieve pain in children. This is especially useful when one needs to undergo a surgical procedure.

Doctors managing pain in their patients have also found ketamine’s value outside the surgical scenario. The drug is useful in dealing with complex regional pain syndrome and for various chronic pain issues, including cancer.

This drug has found uses in less dramatic situations such as in relieving the pain of a sore throat after surgery by gargling the drug. Others have found it useful in relieving hiccups. Still, other physicians have used this medication to help treat depression in special cases.

What is it used for outside the medical sector?

This is a dissociative anesthetic drug. This means that patients under the influence of the substance are often unaware of their surroundings and what is going on around them. Because of this peculiar characteristic, the illegal use of ketamine as a recreational or street drug is widespread.

In the United States, ketamine has a Schedule III classification. This identifies it as a substance with a moderate to low potential for physical and psychological dependence. In legal terms, this means patients must use it only with medical supervision.

People who take low doses say this drug can cause a little giddiness — as if you were drunk with alcohol. At higher doses, the effects could be quite different, and often described as “psychedelic.”

What do people who use ketamine experience? Users say it can bring about an increase in energy. It also causes euphoria, hallucinations, and a sense of calm and serenity. Many even say they have what they believe to be meaningful spiritual experiences. These users experience an enhanced sense of connection with the real world due to the dissociative effect of the drug.

This dissociative experience can be intense. Users perceive that they are undergoing out-of-body or near-death experiences. They are able to sense non-existent phenomena. These drug users call this experience a “k-hole.”

What is it called on the street?

The drug usually administered by doctors as an injectable. It also takes other forms in the illicit drug arena. It also comes in an injectable liquid which usually evaporated into powder form. Users can inhale or snort it in the same way as cocaine, crack, or methamphetamine. A line of the powder prepared on a flat surface is sucked into one nostril with the use of a straw.

Other users prefer oral ingestion. Swallowing the drug is the most convenient way to take it, but this also produces the weakest effect. Some users — especially those going for the “k-hole” — opt for the hardcore avenue of drug delivery: By injection. This method not only produces the strongest effect but also has the greatest potential for drug addiction.

Can it get any worse?

Drug enforcement authorities are particularly rabid about arresting the traffic of ketamine. Why? Because of its illicit use as a date rape drug. When mixed in with a drink, the drug is colorless and odorless. This fact makes it easy for a perpetrator to administer it to an unwitting victim.

Taken without proper supervision, ketamine can be extremely dangerous. It can result in memory loss or cause a person under the influence of the drug to suffer an accident or fall victim to assault.

Only the pharmaceutical industry has the capability to produce ketamine. It cannot be cooked up in backyard or kitchen laboratories. Thus, its presence in drug trafficking circles means the source of supply is from the medical sector itself.

Many believe that ketamine sold illicitly in North America comes from Mexico. Authorities suspect illegal traders divert the drug from the veterinary medicine industry. Because ketamine often also used in Mexico as an anesthetic in animal surgery.

Drug enforcement authorities remain vigilant. They are constantly on the lookout for the usage of this potentially dangerous drug outside the legitimate medical sector.

Routine drug testing using multiple panel urine testing cups designed to detect the presence of this substance in a test sample. Purchasing urine drug test cups only from reliable suppliers can better ensure accuracy in such tests. This is why law enforcers, human resource managers, and the like make it a point to buy kits only from companies like Ovus.