Metabolites Drug Test: What Is It? 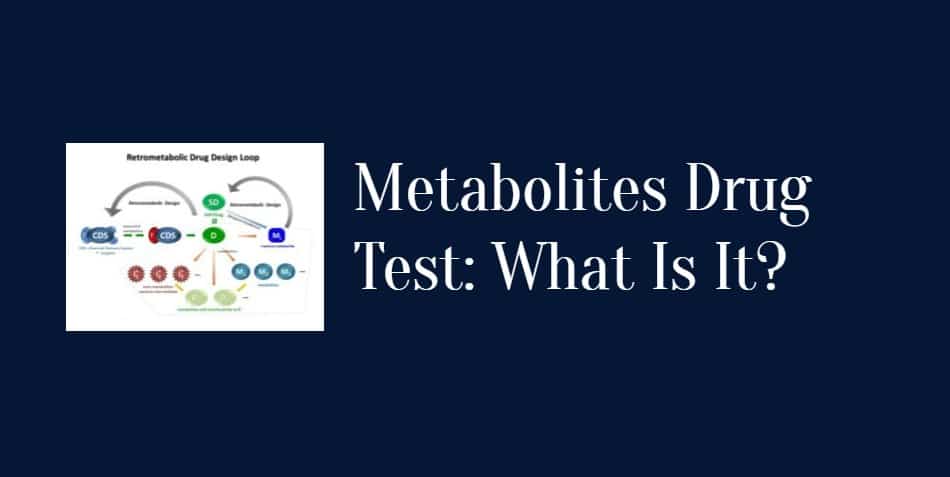 One of our newsletter subscribers asked what a metabolites drug test is. Instead of responding to his email, we decided to write an article about it to benefit everyone.

According to the National Cancer Institute, a metabolite is a substance made or used when the body breaks down food, drugs or chemicals, or its own tissue.

Here’s an example. When you eat a slice of cake (which has a lot of sugar), your body metabolizes the sugar into glucose.

And that glucose is what glucometers or blood sugar devices detect. In other words, glucose is the metabolite of sugar. 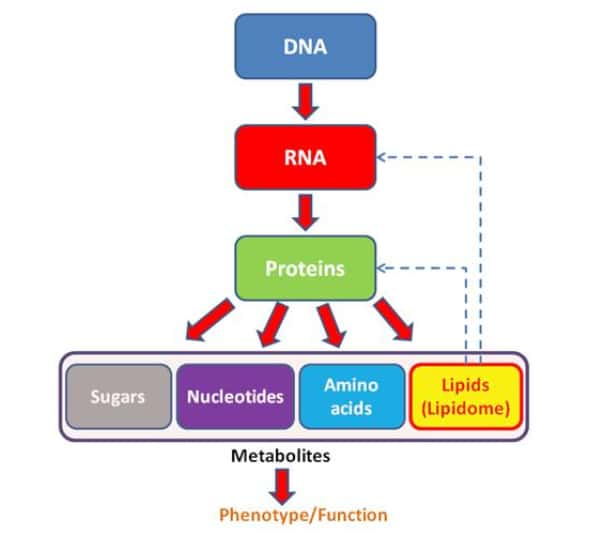 What Are the Different Metabolites in Drugs?

Various drugs have different metabolites. In some cases, they are inactive or maybe similar to or different from the original drug in therapeutic activity or toxicity.

Below is a list of the most common drugs of abuse, their metabolites, and the type of drug test or tests that can detect them.

There are several types of barbiturates, but most of them have 3-Hydroxy-amobarbital metabolites. These drugs are Amobarbital, Pentobarbital, and Secobarbital.

Benzos are drugs prescribed for the treatment of anxiety, panic disorders, insomnia, and PMS.

You can use a drug test cup, dip card, oral swab, or a BZO test strip to test the presence of benzo in the urine.

Cocaine is a potent stimulant. It comes from the infamous coca leaves. When taken, cocaine metabolizes into Benzoylecgonine, Ecgonine Methyl ester, and Nor-cocaine.

Drug test cups, dip cards, oral swabs, or a cocaine test strip are your best bets for screening this drug.

Opiates are Central Nervous System Depressants. Although they are prescribed for pain relief and other medical conditions, they have a high potential for abuse.

You can use drug test cups, oral swabs, or dip cards for detecting this drug.

Methamphetamine is a powerful stimulant. When someone takes it, meth metabolizes to amphetamine. .However, both can be present in urine after methamphetamine use.

You can screen for MET with multi-panel drug test cups, dip cards, oral swab, or a MET test strip.

Morphine is a prescription medication for severe or post-operatic pain. However, because of the “high” it provides, some people tend to abuse it.

A metabolites drug test can detect the presence of Morphine-3-glucuronide, the byproduct of morphine.

Oxycodone is an opioid analgesic. Oxymorphone is its metabolite.

You can use a metabolites drug test like a urine drug test cup, dip card, or oral swab to detect Oxymorphone’s presence in urine.

Marijuana is famous for its medicinal properties. It is even considered legal in some states. However, it is also a popular recreational drug due to its mind-altering properties.

11-Nor-9-carboxy-9-tetrahydrocannabinol (THC-COOH) are the metabolites of weed. You can use different metabolites drug test to detect it in the urine.

These are some of the most common drugs of abuse, their metabolites, and the type of drug test or tests that can detect them.

Do you need more information on drug metabolites? Visit the Ovus Medical Blog. We have a lot of articles that can help you out.