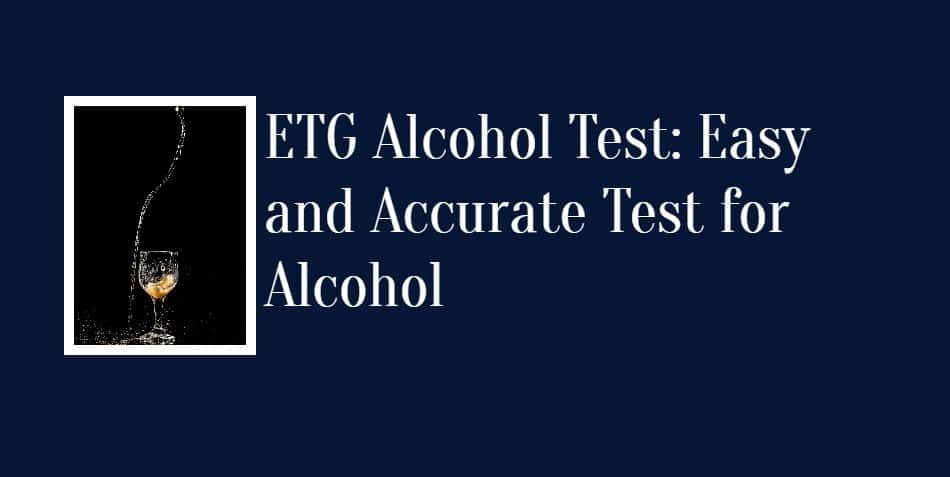 Did you know that 90% of American heavy drinkers fell short of the criteria for alcoholism? This means that only 10% of people who drink heavily are alcoholics.

This statistic doesn’t show the whole picture. Although 10% seems small, thousands of Americans need help with an alcohol abuse disorder.

Inpatient programs are the easiest way to help someone with an addiction, but some prefer to stick with the outpatient program option.

As a treatment center, your program can ensure that patients aren’t drinking alcohol outside of therapy by using the ETG alcohol test. Read on to learn more about this.

What Is an ETG Test?

Exactly what is an ETG test and what is ETG on a drug test? Ethylglucuronide/ETG is a byproduct of alcohol or ethanol and glucuronide.

Glucuronide is a biological compound created in the liver that binds toxins and drugs in the body so that they can excrete in the urine. When someone drinks in small or heavy amounts, ETG forms and can be detected in urine.

Why Is ETG Testing Used?

An ETG alcohol test is often used to tell whether or not a person has stayed abstinent from alcohol. For example, places that don’t allow drinking will use these tests. This list covers some of the places where an ETG test is useful:

It is important to note that unless a person is working in a professional program, ETG is not commonly used for workplace testing.

Because ETG forms after someone drinks lightly or heavily, the ETG urine test is known to be sensitive. In general, this test can detect alcohol for up to five days in the urine.

However, there is evidence that shows those who take an ETG test and don’t have an alcohol use disorder don’t keep ETG in the body for as long. In this case, ETG can only detect urine in the sample for 80 hours or less. 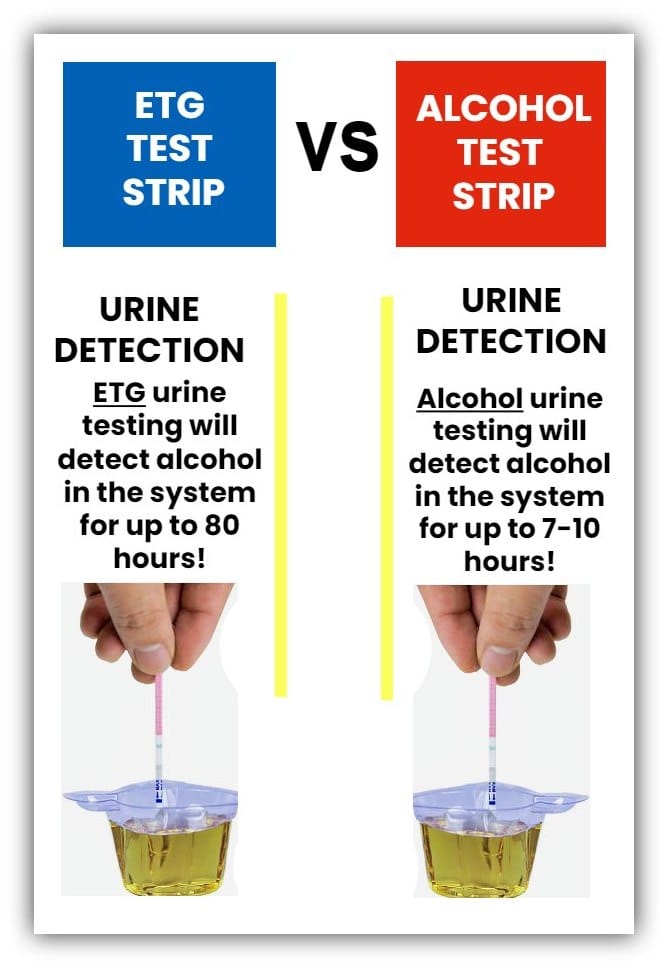 Accuracy of an ETG Alcohol Test

Ethanol is present in many products that people use daily. Since the test is so sensitive, a false positive may occur from the simple exposure to ethanol.

Just one drink can lead to a positive ETG test in some cases. For one, the drink would have to have high alcohol content. The test would also need to be done within 24 hours of having the drink.

The times we are in have led many to use hand sanitizer more than once a day. If someone were to take an ETG test after using hand sanitizer, they might test positive without drinking alcohol.

The other most common products around the home that contain alcohol include:

This is only the shortlist as there are hundreds of household and environmental products containing ethanol. Even with the risk of a false positive, an ETG test is still accurate for detecting alcohol use in a patient most of the time.

How Are the Results Interpreted?

Once a urine test is sent to the lab, it can take around 2-3 days to get the results. If you opt for alcohol testing strips, you’ll get results in minutes. All you have to do is dip it in the urine sample you receive. You can also use urine Etg cartridges.

If you can’t test a urine sample right away, make sure you have a place to store it properly. Improper storage of urine can lead to incorrect results such as a false negative.

There are three cutoff values that professionals use to interpret the results of the ETG test; high positive, low positive, and very low positive.

A high positive indicates that someone drank on the same day as the test. It can also detect if a person consumed alcohol lightly the day before.

A low positive can detect light and heavy drinking, but might also occur if a patient was recently exposed to a product containing ethanol within the previous 24 hours.

Does an ETG Test Indicate How Much Alcohol a Person Consumed?

It is a common misconception that the ETG test will indicate the amount of alcohol consumed by a person. The exact number of drinks is influenced by too many factors to tell with the ETG test, one factor being when the alcohol was consumed.

Higher amounts of ETG mean someone consumed a larger amount of alcohol, but there is no way to tell how much.

Every person is different in how they convert alcohol to ETG. For example, some people convert less alcohol into ETG than others while some might excrete ETG faster.

It is also true that there is a maximum amount of measurable ETG. The test was designed to detect any drinking at all, not only heavy drinking.

The beauty of buying an ETG alcohol test online is that you can buy it in singles or bulk. Even with the possibility of a false positive, the ETG urine test is useful for detecting consumption of recent alcohol.

Although an ETG is accurate, you can ensure someone was indeed drinking alcohol by confirming the results with a second test.

There are a lot of reliable drug testing kits that you can find online. At Ovus Medical, we strive to be the best.

Contact us today to receive free sample cups to try out the product before you buy in bulk.